The world can be an ugly, ugly place. -UA 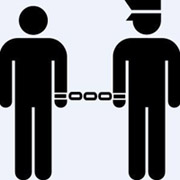 ELMA, Wash. — A long-time Grays Harbor County sheriff’s deputy is accused of extorting sex from a man who ran a medical marijuana dispensary. The Elma man who says he was the victim is now suing in federal court.

The deputy admits to a consensual sexual relationship with Marus Searls. The deputy told the sheriff there was no extortion, no threats, no promises of safety from arrest. But that’s not the story Searls tells.

Searls admits he advertised on Craigslist for sex. He didn’t expect a cop to reply. He insists he tried to end the relationship the next day.

“He told me if I don’t do what he says he would come in and close down the dispensary and I’d be hauled off to prison,” Searls said. “He’d make my life miserable.”

Searls’ attorney, Lee Rousso, says there’s no smoking gun to prove the case. But there are some smoking text messages. The messages involve a cell phone which Searls says he lost — a phone loaded with texts.

That was followed by: “What question did they ask and what did you tell them? Reward.” And then “If they turn that into the office I’m done for. Because I was … on duty.”

“What these prove is that the deputy knew what he was doing was wrong,” Russo said. “And it appears from these text messages that he acknowledges having sex on duty, which would be extremely wrong. I think anyone would agree.”

Searls said he had to end the relationship.

“Yeah, could not do it anymore,” he said.

Russo says the allegation was the arrangement was sex or jail, take your pick.

Searls said since June he’s been so afraid, he’s been hiding in the woods, moving around. Because the allegation in federal court is extortion by a police officer, the deputy was placed on paid administrative leave.