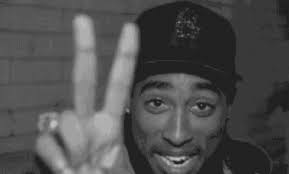 If there was enough THC in his system when he died, this would be like sprinkling a little kief in it…..-UA
nydailynews.com 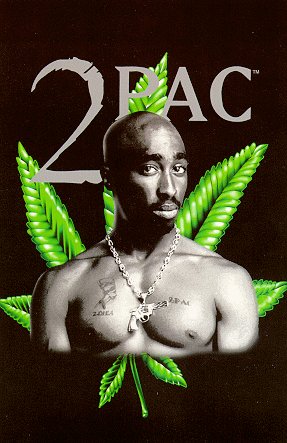 When Tupac Shakur was cremated following his 1996 death, his ashes weren’t kept in an urn on someone’s mantle.

The rapper’s former group, The Young Outlawz, claim that they smoked Shakur’s ashes because that was his wishes, based on the lyrics of one of his songs.

In a new video for VladTV, members of the reunited group addressed the long-standing rumors that the remains of Shakur, who died in 1996, were rolled up and smoked.

“Yeah, it’s definitely true,” said Young Noble. “I think it was the night of, we had a little memorial for him, with his mom, his family and s–t. “We hit the beach, do a lot of the s–t he liked on the beach. Some weed, some chicken wings, he loved orange soda and all that kind of s–t. Pac loved that kind of s–t, so we were giving him our own farewell that night.

“I forgot which one of us came up with it, like we need to go and do that, but we twisted up some of that great grandaddy California kush and mixed the big homie with it,” Young Noble added.”

Another Young Outlawz member, E.D.I., took credit for the morbid idea. “I came up with that s–t, if you listen to ‘Black Jesus’ he says, ‘last wishes, n—-s smoke my ashes,’ so that was a request that he had. Now whether how serious he was about it, we took the s–t serious.”

Shakur’s death has spawned countless conspiracy theories that the rapper is still alive.

The rumors have even inspired a comic by Matt Sullivan about dead celebrities Elvis Presley, Bruce Lee and Shakur fighting crime, “Comeback Kings.”