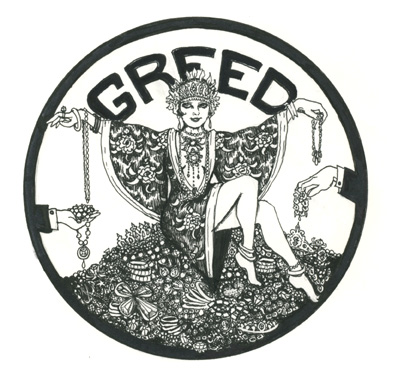 Richmond used to enjoy the honor of being home to the biggest winery in the world — until the year 1919, that is, when Prohibition ended all that. Today, a different kind of prohibition is erasing local accolades in the hardscrabble East Bay city. Richmond is home to some of the best medical marijuana in the world, but its purveyors have been forced to close.

But good luck finding either. 7 Stars and GDP both closed down in Richmond — victims of a city crackdown that’s sent patients back to the black market.

Until 2010, Richmond collectives operating storefront dispensaries existed in a legal gray area. There were no permits for such enterprises in the liberal city of 100,000. At least eight clubs were open last year when the city council passed an ordinance ordering the “nuisances” to close and apply for three newly crafted permits.

According to Mary Renfro of the Richmond City Attorney’s Office, the city sued any clubs that didn’t close voluntarily, and won any countersuits fåiled by recalcitrant operators. 7 Stars closed its doors in the Pacific East Mall and was forced to move to unincorporated El Sobrante. GDP Collective — which stands for Grand Daddy Purple — shuttered its location on Hilltop Mall Road.

The city attorney’s office and the police department believe, to the best of their knowledge, that no storefront dispensaries are operating in Richmond now — a belief buttressed by WeedMaps.com’s lack of listings for the area. (Oakland permits four clubs, Berkeley permits two, and San Francisco permits 29.)

The shutdown hasn’t been good for local patients who now must either drive south to permitted clubs, or patronize the local black market, said Ken Estes, owner of GDP. Estes has been paying thousands of dollars per month to rent a now-vacant building while he seeks a city permit. He said he gets ten to twenty calls a day from patients looking for the award-winning Bay 11 — which is a cross between the uplifting sativa Headband and the club’s namesake, Grand Daddy Purple. “It’s frustrating,” said the longtime club operator. “Lots of people lost their jobs and it’s been very hard on the patients.”

GDP applied for one of the three new permits to operate in the city, as did 7 Stars. The other applicants are Greenleaf Natural Wellness, Green Remedy Collective, Green Heart, and Holistic Healing Collective. The dispensaries must pay about $19,000 in non-refundable application fees, submit to a background check, and cannot have a conviction for theft, fraud, or assault on the last ten years of their criminal record, Renfro said.

Applicants must also submit extensive plans for operating the store, detailing security plans, along with a rather unique communications system to make sure each patient buys no more than one ounce per day from any club in Richmond.

Renfro said six applicants have passed the initial application review stage. Now, a multi-departmental review will go on for several months. After that, the city will send any staff-approved applicants to the city council, which will pick three winners based on each councilmember’s personal judgment. Approved applicants rejected by the council can file a $2,000 appeal, and no permits will be issued until all appeals are resolved.

The process could stretch into 2012, said Richmond Police Department Captain Eugene McBride. Renfro said the city could decide no applicants meet the city’s standards, a situation that would be similar to what has occurred in Maine, where dispensary permits have been held up for a year.

Still, Estes said he’s excited and hopeful for a permit by Christmas. “We’re hoping for the best,” he said. “I believe in the political process.”

Till then, those interested in Bay 11 can find it in one local place: the VIP Package at the International Cannabis and Hemp Expo this weekend.

The International Cannabis and Hemp Expo descends on downtown Oakland this weekend, and is expected to draw as many as 40,000 medical cannabis patients and their allies to City Hall for two days of entertainment, speakers, and an industry exposition.

Event organizer and East Bay resident Kim Cue — in conjunction with Salwa Ibrahim, who has worked at Oaksterdam — are bringing the seasonal event across the bay this year from San Francisco’s Cow Palace to Oakland’s Frank H. Ogawa Plaza.

Cue, a chemical engineer by trade, said she started the informational Hemp Expo after she lost friends to cancer and learned of medical marijuana’s benefits. Raising public awareness about the food, fuel, fiber, and medicine helps counter seventy years of government propaganda, she said.

Tickets are $18 for the event, which includes up to four hundred vendors and three entertainment stages packed with activists, industry speakers, and local bands. A $300 VIP “Golden Ticket” grants its holder a place as a judge in a 2011 Connoisseur’s Cup, as well as access to the VIP lounge and hash bar.

Medical cannabis patients will be able to use marijuana in a large “215 area” in front of City Hall, though the city has insisted on one rather ironic rule: “Keep off the grass.”