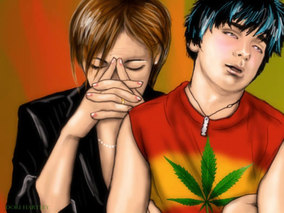 Between the years 2003 and 2008, the U.S. Department of Education awarded more than $36 million in taxpayer dollars to fund student drug-testing programs in public high schools, including several in Southern California. A study published this month in the Journal of Youth and Adolescence reveals that this was not money well spent.

An international team of researchers from universities in the United States, Israel and Australia assessed the impact of school drug-testing programs on a nationally representative sample of 943 high school students.

Investigators reported that the imposition of random drug-screening programs failed to reduce males’ self-reported use of alcohol, tobacco or illicit drugs. Student drug-testing programs were associated with minor reductions in females’ self-reported drug history, but only among women who attended schools with “positive” environments. By contrast, investigators found that the enactment of drug-testing programs in “negative” school environments was most likely to be associated with “harmful effects on female youth.”

The study’s authors concluded: “The current research expands on previous findings indicating that school drug testing does not in and of itself deter substance use. … [D]rug testing should not be undertaken as a stand-alone substance prevention effort and that improvements in school climate should be considered before implementing drug testing.”

The study’s conclusions were hardly surprising. Despite claims that student drug-testing programs represent a potential “silver bullet” in society’s effort to reduce adolescent drug abuse, studies evaluating the effectiveness of such programs have consistently demonstrated the opposite.

In fact, a 2010 Department of Education study found that federally funded mandatory random student drug-screening programs fail to reduce rates of drug use among either the students tested or among the student body at large. Drug testing “had no statistically significant impacts” upon participants’ substance use, the study found. “For nonparticipants, there was no significant difference in self-reported substance use between the treatment and control schools,” the authors added.

Similarly, a 2007 study published in the Journal of Adolescent Health concluded that student drug-testing programs do not reduce self-reported drug use and may even encourage greater risk-taking behaviors among those tested. Investigators from Oregon’s Health & Science University performed the two-year trial, which to date remains the only prospective randomized clinical trial to assess the deterrent effect of drug and alcohol testing among high school athletes.

Researchers found that students who underwent random drug testing did not differ in their self-reported drug use compared to students at neighboring schools who were not enrolled in drug-testing programs. Perhaps most disturbingly, researchers determined that students subjected to random drug testing were more likely to report an “increase in some risk factors for future substance use” compared to students who attended schools without drug and alcohol testing.

Yet despite these programs’ consistently poor performance, an estimated one-quarter of public schools now engage in some form of student drug testing. They shouldn’t.

Random drug testing of students is an ineffective, humiliating, invasive practice that undermines the relationships between pupils and staff and runs contrary to the principles of due process. It compels teens to potentially submit evidence against themselves and forfeit their privacy rights as necessary requirements for attending school.

Rather than presuming our schoolchildren innocent of illicit activity, drug testing without suspicion presumes them guilty until they prove themselves innocent. Why are we continuing to send this message to our children?