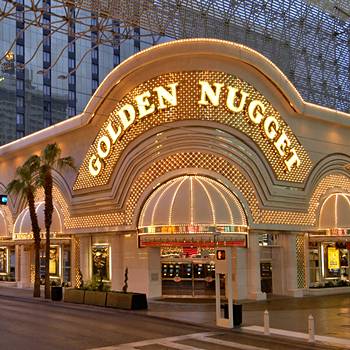 LAS VEGAS — Marijuana grow houses are popping up at an alarming rate in Las Vegas. Monday night, two more were busted by police. Metro says they are averaging three to four a week and expect to continue this pace for the rest of the year. Could there be one in your neighborhood?

Police say grow houses are not typically found in low-income areas — criminals will pick nicer neighborhoods because they feel safer. Grow houses aren’t just a huge fire hazard, the criminals themselves have several weapons ready to use if needed.

Criminals will take extraordinary measures to make money, from bypassing electrical boxes to gallons of flammable chemicals inside a home. Lieutenant Laz Chavez calls them a fire waiting to happen.

“This is an opportunist business, so it is whoever can drum up the money to make an operations, come up with the equipment and start growing,” he said.

So far this year, Metro has made 108 grow house busts and they are seeing something different: more and more weapons in an effort to protect their investment.

“We are recovering handguns, shotguns, rifles at a good majority of these grow operations. Just last week we did a search warrant on three different houses and we recovered 17 firearms,” said Chavez.

Chavez says one problem is the high number of rental and foreclosed properties in Las Vegas. Criminals are easily setting up wherever they want.

So how do you spot a grow house? Metro says to look for excessive power use or an electric box that has been tampered with. Condensation on the inside of windows is another red flag. Burnt blinds from the lights inside are another indication. Also, if you are rent out your home, know what your tenant is up to.

“Do inspections — it’s simple. Go to the house, include it in your contract that you can go in at any time and inspect these homes,” said Chavez.

Not only does clean up of grow houses cost taxpayers thousands, homeowners can be left with a condemned house. Most importantly, if you suspect something, call police.

“We are going after every tip that we get as quick as we can,” said Chavez.

Other warning signs would be a strange sounds coming from a home which could be from humming fans. Also, decoys like children’s bikes in the yard when there are never any kids.