Who is actually surprised by this? -UA 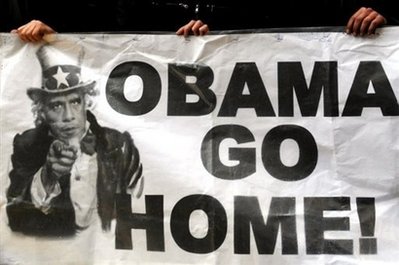 AMHERST – One local professor’s attempt to obtain federal permission to grow marijuana for research into its potential medical benefits has been rejected by the federal Drug Enforcement Administration.

The DEA has previously said that permitting anyone other than the government to grow marijuana would lead to greater illegal use of the drug.

Lyle Craker, a UMass professor of plant, soil and insect sciences in Amherst, has been trying to obtain a license since 2001 to further potentially life-saving research.

Since he first filed his application with the federal government, Craker has been through legal wrangling that has continued while movement regarding the medical benefits of marijuana at the federal level have remained stagnant.

Currently, all marijuana used for any federally-regulated study is grown by the National Institute on Drug Abuse at the University of Mississippi but researchers have constantly charged that simple cultivation of the plant is not enough to learn about the benefits specific strains may have on specific symptoms.

“It would be nice to be able to develop plant material that would be specific for glaucoma, specific to inhibit vomiting and all those other things that the plant is credited with doing,” Craker told the Associated Press in March. “Currently, people with ailments are taking pot shots or they are going to illegal sources, which I suspect most of them are.”

On Aug. 15, the DEA issued its final order rejecting its own Administrative Law Judge Mary Ellen Bittner’s recommendation that it would be “in the public interest” to grant Craker a license to grow marijuana for federally-regulated research.

The road to the ruling last week has been a long one and the rejection upholds the monopoly held by the National Institute on Drug Abuse on the supply of marijuana for Food and Drug Administration-regulated research.

“All we want to do is to produce the material that medical doctors want to use for tests,” Craker said previously. “I’m disappointed in our system. But I’m not disappointed at what we did. I think our efforts have brought the problem to the public eye more. … This is just the first battle in a war.”

Following Leonhart’s decision, US Sen. John Kerry and the late Sen. Edward Kennedy wrote the attorney general asking for a review of the process.

In response, Craker’s lawyers filed a series of objections which were denied in Monday’s final order. Craker’s only recourse is to appeal the DEA final ruling in the First Circuit U.S. Court of Appeals.

The Multidisciplinary Association for Psychedelic Studies (MAPS) is described as a non-profit pharmaceutical company working to develop whole-plant marijuana into a prescription medicine. MAPS was supportive of Craker’s efforts and planned to finance a growing facility and the FDA-regulated research of marijuana which would follow, according to MAPS’ website.

“MAPS then submitted the protocol for review by the Public Health Service and NIDA, a procedure required for marijuana research because of the NIDA monopoly, but not for studies of any other controlled substance,” MAPS wrote on its website. “Almost four months later, NIDA is still silent about whether it will agree to sell MAPS marijuana for the study. Without it, the study cannot go forward.”