Student drug testing may have only small effect in reducing use

How about testing the kids that DON’T go to school? hmmmmm. -UA
By Shari Roan, Los Angeles Times / For the Booster Shots blog 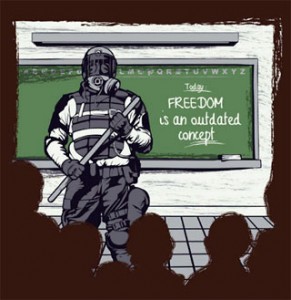 The study, published online in the Journal of Youth and Adolescence, was based on a nationally representative sample of 940 high school students across the country. The teens were surveyed by telephone in 2007 and 2008.

Overall, 27% of the students said their schools engaged in drug testing. However, the survey showed no evidence that drug-testing policies led male students to avoid drug use or engage in less drug use. Drug-testing policies seemed to have a slight impact on influencing female students not to use drugs, but the effect was found only in schools that have otherwise healthy social climates in which school rules are clear and enforced and student-adult relationships are based on respect.

The Supreme Court has backed the practice of student drug testing for students in sports and other extracurricular activities. And, the Office of Safe and Drug-Free Schools, part of the Department of Education, encourages schools to adopt drug testing.

But school administrators should review the body of literature on the programs’ effectiveness, said the lead author of the new study, Dan Romer, director of the Adolescent and Health Communications Institutes at the Annenberg Public Policy Center of the University of Pennsylvania.

“This study sends a cautionary note to the estimated 20% or more of high schools that have joined the drug testing bandwagon,” Romer said in a news release. “We find little evidence that this approach to minimizing teen drug use is having the deterrent effect its proponents claim. . . Schools that have joined the rush to implement testing should ask themselves whether this strategy has been oversold.”