Suspected members of an Iraqi drug-trafficking organization are arrested

Authorities in El Cajon arrest 60 suspects and seize more than $630,000 in cash, as well as marijuana and high-powered guns and explosives from an El Cajon group, which allegedly has ties to a Mexican cartel and organized crime in Detroit.

Why on earth would a single patient or caregiver be targeted, when we have Iraqi crime syndicates pushing Mexican cartel drugs in our country? -UA 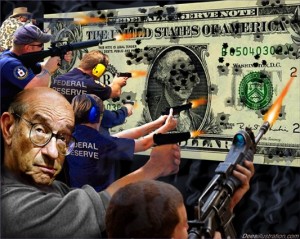 The organization was run out of a social club and has suspected links to the ruthless Sinaloa Cartel in Mexico and an Iraqi organized crime syndicate in Detroit, according to law enforcement officials.

According to authorities, over the last decade the club has been the center of other investigations for alleged drug sales, gambling, car theft and gun smuggling.

The undercover investigation that led to the latest arrests and seizures, dubbed Operation Shadowbox, has been underway since January as investigators gathered evidence, arrested suspects and served search warrants. A search warrant was served Wednesday at the club, where authorities seized $16,000 and uncovered evidence of illegal gambling, Sprecco said.

Over the years, thousands of Chaldean Christians fled Iraq and arrived in the United States to start new lives in cities such as Detroit and El Cajon, where about one-quarter of the roughly 96,000 residents have Iraqi ancestry.

The undercover operation announced Thursday found connections between the club and members of a suspected Iraqi Chaldean crime organization in Detroit, according to officials with the Police Department and the San Diego branch of the U.S. Drug Enforcement Administration.

Operatives from the Sinaloa Cartel, Mexico’s most powerful crime organization, supplied the El Cajon traffickers with large amounts of marijuana, which was sold in Detroit for up to three times the purchase value, DEA spokeswoman Eileen Zeidler said.

In April, an undercover agent was shown a grenade and told that other grenades were available for sale from a Mexican military source, Sprecco said.

Half of the suspects arrested are expected to be charged with state violations, including sales, possession for sales, conspiracy to distribute narcotics and pharmaceuticals, and possession of firearms by convicted felons, authorities said.