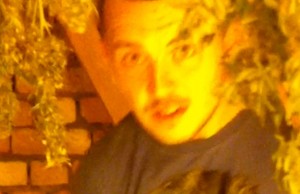 A POLICE officer who helped tackle the London street riots has been arrested on suspicion of growing cannabis.

David Price, 28, was caught on video with what appears to be about 30 marijuana plants being cultivated under lights in a loft space.

Other clips show leaves hung up to dry and after being chopped up.

Father-of-four Price is a constable with the Met, based at Westminster police station.

He and his live-in lover Emily Baylis, 25, were arrested by detectives from the force’s Directorate of Professional Standards Anti Corruption Command following a Mirror investigation.

The couple, who live in a terraced house in Keynsham, near Bristol, are believed to have been quizzed on suspicion of being involved in the supply of drugs.

A source claims they were hoping to raise money for their wedding later this year. The Mirror was given a copy of the video by a reader. Yesterday we handed it over to the Met.

The source said: “The video shows the plants drying in an attic. We have pictures of a man cutting them down and drying them.

“There are some lights and 30 good quality skunk plants. There is also film of the cannabis branches hanging on a piece of string from one side of the loft to the other – and of the drug after it was cut up.”

The source said PC Price was recently sum-moned back from holiday for riot duty. He added: “Emily was going mental because he got called up.”

The Mirror told PC Price about the video allegations on Tuesday, before his arrest. He declined to comment.

A Met spokesman said: “Two people have been released on police bail for further questioning. A police officer has been restricted from duties.”

3A POLICE sergeant has been arrested in Coventry over claims he was offering drugs at a gay club.

Alcohol Industry Influencing Congress To Be Against Marijuana