By Paul Armentano
Special to The Bee 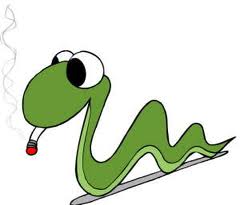 Nearly 16 years have passed since California voters enacted Proposition 215, which allows for the use of marijuana when recommended by a physician. Yet during this time, surprisingly little demographic data has been collected on the growing number of Californians consuming cannabis as a state-authorized medicine. Predictably, this dearth of data has fueled allegations from Proposition 215 critics that few Californians using cannabis are doing so for “legitimate” medical purposes. Advocates of the law similarly rely on anecdotal evidence to enforce the notion that the law is working largely as voters intended and is seldom abused.

A newly published study by researchers at the University of California, Santa Cruz, for the first time offers a statewide empirical analysis of the population characteristics of California’s medical marijuana community. And while the study is unlikely to put an end this contentious debate, it does provide some needed and long-overdue clarity.

The authors analyzed data from 1,746 consecutive admissions to nine medical marijuana assessment clinics operating throughout California. Among the researchers’ findings:

• Three-fourths of the patients sampled were male and three-fifths were Caucasian. Compared with census data for California, the patients in this sample were on average “somewhat younger, reported slightly more years of formal education, and (were) more often employed.”

• The most common reasons patients cited for using medical marijuana were the relief of pain, spasms, headache and anxiety, as well as to improve sleep and relaxation.

• Patients typically reported that cannabis provided them with more than one therapeutic benefit, and four in five (79.3 percent) reported having first tried other medications prescribed by their physicians, almost half of which were opiates.

• A majority of the population assessed (56.1 percent) said they used cannabis prior to sleep.

• Most (40.1 percent) of patients assessed used only moderate amounts of cannabis (up to 3 grams per week). Thirty-six percent of patients reported using 4 to 7 grams of cannabis, and 23.3 percent said they consumed more than 7 grams of marijuana per week.

Authors of the study, which appears in The Journal of Psychoactive Drugs, said that their findings affirmed that California’s medical marijuana patient community is evolving. “Compared to earlier studies of medical marijuana patients, these data suggest that the patient population has evolved from mostly HIV/AIDS and cancer patients to a significantly more diverse array,” they concluded. “This suggests that the patient population is likely to continue evolving as new patients and physicians discover the therapeutic uses of cannabis.”

What impact, if any, this evolution will have on the ongoing political debate over the legalization of marijuana as a medicine in California and elsewhere remains to be seen. But at a minimum these findings should provide a rebuttal to some of the more pervasive stereotypes and specious claims surrounding who in the Golden State uses medical cannabis and why.

Finally, and perhaps most importantly, these findings ought to reinforce California voters’ continued support for patients’ continued legal access to medical marijuana 16 years after the passage of the nation’s inaugural cannabis legalization law.