No medical records? No problem. Got my pot card at Hempfest

Medical-marijuana authorizations at Hempfest in Seattle come fast and easy as 4Evergreen Group offers them for $200 with no patient medical records at its festival tent.

The Seattle Times reporter that wrote this article should be ashamed of himself.  I’ll ask you, Jonathan, who are you to judge the process of healing? Did you go through medical school? Did your notions of what a visit to the doctor should be come from your insurance paid visits? Do you normally visit your big pharma doctor that has no problem writing a script for the pain you say you are in? Jonathan, not everyone has insurance, and not everyone that uses marijuana needs to be on a death bed to get the benefits from a naturally growing plant. Oh, and while you are at it, come tell all of us patients with tattoos that we shouldn’t have cards, we’d love to chat. -UA 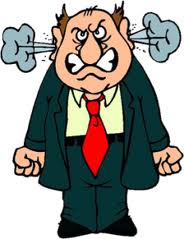 Squeezed between a Ben & Jerry’s cart and a booth selling rolling papers, two naturopathic doctors worked briskly through a line of patients.

The patients — old and young, stooped and tattooed — had been funneled to the doctors’ white tent by a blizzard of fliers handed out at the entrance of Seattle’s Hempfest, the three-day festival of all things marijuana.

The ads, by a clinic called 4Evergreen Group, offered authorization to use medical marijuana for one year for $150 if the patient had medical records; $200 with no medical records.

I was one of the first in line Friday, no medical records in hand but curious about how the process worked. After watching a short instructional video and meeting with a naturopath for 11 minutes, I joined the uncounted but growing number of Washingtonians able to legally posses 1-½ pounds of cannabis and 15 plants.

Throughout the 13-year history of the state medical-marijuana law, the issue of how patients get authorized has been overshadowed by battles between advocates and law enforcement over rules for possession.

But the Legislature’s 2010 expansion in the type of medical professionals able to authorize marijuana, and the emergence of specialty authorization clinics, helped stoke a boom in the medical-cannabis industry. That pushes the issue of authorizations to more prominence, none more visible than 4Evergreen’s Hempfest tent.

I was authorized for recurring lower-back pain, a condition the naturopath found to be covered under the law’s definition “a terminal or debilitating medical condition” because it caused “intractable pain.” It flares up weekly, but I haven’t missed work for it in years.

The authorization process appears to largely comply with state law, even if I might not be the type of patient voters had in mind when they passed the law in 1998.

“The intent of the law is to treat people with terrible, serious, even life-threatening conditions that may be helped with medical marijuana,” said Donn Moyer, a spokesman for the Department of Health. “Ask yourself, is that what’s happening out there?”

4Evergreen, with locations on Seattle’s Aurora Avenue North, and in Tacoma, advertises itself as “the premiere patient network.” Its Hempfest tent is well-known among advocates.

A staff member advertised the “no medical records” offer outside the tent while, inside, patients filed into bathtub-size exam rooms separated by curtains. Patients were asked to fill out a medical inventory of problems and to watch a video describing fine points of the medical-marijuana law and advising patients to not drive while high.

State law limits medical-marijuana use to patients with such debilitating conditions as AIDS-related wasting syndrome and multiple sclerosis. Intractable pain is defined as not easily managed, relieved or cured by other treatments.

I did not embellish, although, with no medical records on hand, nothing would have prevented it. I describe a four-year problem, treated by physical therapy, prescription and over-the-counter pain remedies, with weekly flare-ups ranging from slight to severe. Most of my male friends and family have similar complaints.

As required by the state law, Bearss did a physical exam, asking me to stretch until it hurt. She talked about other alternatives, including acupuncture, and advised me to see my primary doctor about other medical issues.

Then, after 11 minutes, she signed the one-year authorization on tamper-proof paper, and I handed over my credit card.

When I identified myself as a reporter after the exam, Bearss declined to be interviewed.

Dr. Dimitrios “Jimmy” Magiasis, the second naturopath working in the tent and 4Evergreen’s medical director, said Bearss’ questions and physical exam were to “assess that you have what you say you have.”

Since taking over as medical director about two months ago, Magiasis said, he’s tried to professionalize the operation, such as taking the blood pressure of each patient and stopping such questionable practices as “group authorizations.”

But he acknowledges the Hempfest tent — surrounded by booths selling bongs — prompted complaints from other doctors about professionalism. “It’s something we’ll be discussing after it’s over,” he said.

The Hempfest tent doesn’t bother Sen. Jeanne Kohl-Welles, medical marijuana’s prime champion in Olympia, because it may be convenient for legitimate patients unsure how to get authorized.

But she noted that the law requires “intractable pain,” not “chronic pain,” and wonders how a doctor can so quickly diagnose a long-term condition without medical records.

“I think that may be a rather loose evaluation,” said Kohl-Welles, D-Seattle. “I think that does not meet the spirit of the law, if not the technicality of the law.”

Melissa Leggee, chief executive of a statewide network of authorization clinics, agrees. Changes in the state law, which took effect in late July, require an authorizing doctor to provide “ongoing treatment or monitoring” of a patient’s condition. In the 4Evergreen tent, the only mention of a follow-up visit was in a year, when the authorization expired.

Clinics should only authorize patients with medical records to prove their condition, said Leggee, of CBR Medical based in Spokane. “How many stoners out there are going to say, ‘I’m a chronic pain patient’?” she said.

Although Department of Health’s (DOH) professional boards can discipline doctors and others for violating the medical-marijuana law, none has been cited, according to DOH records.

Nursing regulators recently looked into a complaint involving two Spokane nurses for allegedly improperly signing medical-marijuana authorizations, but did not take action. In March, the Medical Quality Assurance Commission, which regulates doctors, open and quickly closed an ethics complaint against a Seattle-area physician involving an advertisement promising authorizations that would “stand up in court.”

Moyer, the DOH spokesman, said the department has not had a test case from a patient claiming to be inappropriately authorized for medical marijuana. Without such a complaint, regulators have treated authorizations akin to a second opinion, giving wide latitude for professional judgment.

“It’s very hard to involve the regulatory authority in the patient-physician relationship,” he said.

At the 4Evergreen tent, prospective patients began to queue up in the late afternoon. A 54-year-old woman, who gave her name only as Sharon, said she suffered from diverticulitis, a painful swelling of the colon. She hoped marijuana would halt her weight loss. “I’m past the point of trying anything,” she said, but added that she was nervous about the process.

As she fretted, a pair of young men elbowed past.

“It’s painless, dude,” said one, and began filling out paperwork.