No Cause for Marijuana Case, but Enough for Child Neglect 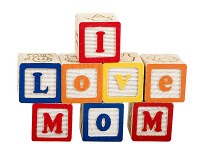 The police found about 10 grams of marijuana, or about a third of an ounce, when they searched Penelope Harris’s apartment in the Bronx last year. The amount was below the legal threshold for even a misdemeanor, and prosecutors declined to charge her. But Ms. Harris, a mother whose son and niece were home when she was briefly in custody, could hardly rest easy.

The police had reported her arrest to the state’s child welfare hot line, and city caseworkers quickly arrived and took the children away.

Her son, then 10, spent more than a week in foster care. Her niece, who was 8 and living with her as a foster child, was placed in another home and not returned by the foster care agency for more than a year. Ms. Harris, 31, had to weather a lengthy child neglect inquiry, though she had no criminal record and had never before been investigated by the child welfare authorities, Ms. Harris and her lawyer said.

“I felt like less of a parent, like I had failed my children,” Ms. Harris said. “It tore me up.”

Hundreds of New Yorkers who have been caught with small amounts of marijuana, or who have simply admitted to using it, have become ensnared in civil child neglect cases in recent years, though they did not face even the least of criminal charges, according to city records and defense lawyers. A small number of parents in these cases have even lost custody of their children.

New York City’s child welfare agency said that it was pursuing these cases for appropriate reasons, and that marijuana use by parents could often hint at other serious problems in the way they cared for their children.

As states and localities around the country loosen penalties for marijuana, for both recreational and medical uses, they are increasingly grappling with how to handle its presence in homes with children. California, where the medical marijuana movement has flourished, now requires that child welfare officials demonstrate actual harm to a child from marijuana use in order to bring neglect cases, and defense lawyers there say the authorities are now bringing fewer of them.

But in New York, the child welfare agency has not shied from these cases. For these parents, the child welfare system has become an alternate system of justice, with legal standards on marijuana that appear to be tougher than those of criminal courts or, to some extent, of society at large. In interviews, lawyers from the three legal services groups that the city hires to defend parents said they saw hundreds of marijuana cases each year, most involving recreational users.

The lawyers said they currently had more than a dozen cases on their dockets involving parents who had never faced neglect allegations and whose children were placed in foster care because of marijuana allegations.

Lauren Shapiro, director of the Brooklyn Family Defense Project, which defends most parents facing neglect charges in Family Court in Brooklyn, said more than 90 percent of the cases alleging drug use that her lawyers handle involve marijuana, as opposed to other drugs.

“There is not the same use of crack cocaine as there used to be, so they are filing these cases instead,” Ms. Shapiro said.

Marijuana is the most common illicit drug in New York City: 730,000 people, or 12 percent of people age 12 and older, use the drug at least once annually, according to city health data.

Over all, the rate of marijuana use among whites is twice as high as among blacks and Hispanics in the city, the data show, but defense lawyers said these cases were rarely if ever filed against white parents.

Michael Fagan, a spokesman for the Administration for Children’s Services, said the defense lawyers were offering a simplistic portrayal of these cases.

“Drug use itself is not child abuse or neglect, but it can put children in danger of neglect or abuse,” Mr. Fagan said. “We think the argument that use of cocaine, heroin or marijuana by a parent of young children should not be looked into or should simply be ignored is just plain wrong.”

Mr. Fagan said most of the cases involved additional forms of neglect, like a child who is not going to school or who has been left unattended.

“In other times, we find that admitted marijuana use masks other substance abuse,” Mr. Fagan said.

But lawyers for parents countered that the agency often brought neglect charges based solely on recreational marijuana use, then searched later for other grounds to bolster cases.

“In some cases, there are other allegations, but we think they are add-ons,” said Susan Jacobs, executive director of the Center for Family Representation, which works in Manhattan and Queens. “The reason the person is being brought into Family Court is the marijuana use.”

Ms. Jacobs cited the case of a former client, Jose Gunnell, 23, of Harlem, who lost custody of his 1-year-old daughter in March after an employee at a homeless shelter where he was staying found a $5 bag of marijuana in his room during an inspection.

Mr. Gunnell said in an interview that he stopped smoking marijuana in 2010 but that he used it again in March after having an infected tooth pulled. “The wound wouldn’t close,” he said. “I was getting hungry, but I couldn’t eat. I bought weed.”

The neglect petition that the Administration for Children’s Services filed against Mr. Gunnell shows that he admitted to smoking marijuana to develop an appetite.

The agency’s petition also said that his daughter did not always have adequate clothing, that shelter workers once smelled alcohol on Mr. Gunnell’s breath and that his room was dirty and had an odor.

The agency would not comment on Mr. Gunnell’s case or on others described by defense lawyers, citing confidentiality rules.

Ms. Jacobs acknowledged that the Administration for Children’s Services might at times correctly determine that marijuana use was one of many serious problems in a family, but she contended that those were only a minority of the cases.

State law makes possession of as much as 25 grams of marijuana — enough for 20 or 30 marijuana cigarettes — a violation similar to a traffic offense, punishable by a fine of up to $100. The Administration for Children’s Services does not track the number of parents facing marijuana allegations. It compiles statistics only on the total number of neglect cases for drugs and alcohol, rather than for individual drugs. There were 4,891 such cases in 2010.

State law considers a child neglected if his or her well-being is threatened by a parent who “repeatedly misuses” a drug. But the law does not distinguish marijuana from heroin or other drugs. The law says that if parents have “substantial impairment of judgment,” then there is a presumption of neglect, but it does not refer to quantities of drugs.

Furthermore, the law does not require child welfare authorities to catch parents while they are high or with drugs in their possession. Simply admitting past use to a caseworker is grounds for a neglect case.

In marijuana cases, as in all others, caseworkers have the obligation to remove children who they believe are in imminent danger, but they can recommend that the agency file neglect charges against the parents without removing the children. They can also close cases for unsubstantiated allegations.

Neglect findings, while sometimes allowing parents to keep their children, can have serious repercussions. They prohibit parents from taking jobs around children, like driving a school bus or working in day care, or from being foster care parents or adopting. And they make it easier for Family Court judges to later remove children from their homes.

The findings stay on parents’ records with the Statewide Central Register until their youngest child turns 28.

The policy of the Administration for Children’s Services to pursue marijuana cases is not widely known. But when told of it, some lawmakers said the agency was overstepping its authority.

“I would hope that A.C.S., knowing what a wide-net strategy the N.Y.P.D. is using, would treat marijuana arrests with a grain of salt,” said Brad Lander, a Democratic city councilman from Brooklyn. “A neglect charge should not be leveled.”

Ms. Harris, the woman briefly held in custody in the Bronx, said the police had searched her apartment because they believed drugs were being sold there, an allegation that she denied. She said the small bags of marijuana the police found belonged to her boyfriend and were for his personal use. She tested negative for drugs after she was released.

The Administration for Children’s Services filed neglect charges about a week after Bronx prosecutors declined to press charges. Ms. Harris was represented by the Bronx Defenders, a nonprofit organization that provides legal assistance to Bronx residents.

In a hearing the next day, the agency agreed to return Ms. Harris’s son on the condition that her boyfriend not return to the home, that she enroll in therapy and submit to random drug screenings, and that caseworkers could make announced and unannounced visits to her home. Ms. Harris’s case was closed in April without a finding of neglect.