Vail panel: To legalize or not to legalize marijuana? 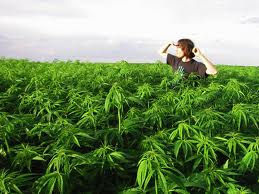 VAIL, Colorado — Marijuana can be bad and it generates half the Mexican drug cartels’ money — but what to do about it?

They had a rhetorical battle royale.

The four offered a preview Tuesday night of what could be one of Colorado’s least mellow debates — legalizing marijuana. The Vail Symposium hosted the event Tuesday at Vail Mountain School. It will be broadcast on C-Span.

Dr. Ethan Nadelmann is head of the Drug Policy Alliance and advocates for legalization. Polis represents Colorado’s 2nd Congressional District in the U.S. House of Representatives, including Eagle County.

“Here we are 40 years into the drug war. Does anyone think it’s been a success?” Polis asked. “It’s time for a different strategy. The vast majority agrees that the war on drugs is a massive and comprehensive failure.”

The War on Drugs has failed because we have not done enough, Coulson said.

“We have people who need help who aren’t getting it,” Coulson said. “If we invest, in a generation or so hopefully we won’t need a DEA.”

In a keynote address for NORML’s 40th anniversary, Polis said that he’d introduce a law to decriminalize marijuana.

“Is marijuana harmful? Absolutely. All drugs are potentially harmful,” Polis said, but marijuana is more comparable to alcohol and cigarettes than the more dangerous narcotics.

“You guys need to get out in the streets more,” Suthers said. “The people who want to raise the white flag to drug legalization say the problems could not be any worse. Folks, they’re flat wrong.”

“You don’t see addicts up here advocating for the legalization of marijuana, or prevention and treatment folks and law enforcement people on the street,” Coulson said.

If you legalize it, it eliminates a huge source of capital for drug cartels, Nadelmann said, and capital is what cartels need to branch into other businesses.

“There has never been a drug free society. Drugs are here to stay,” Nadelmann said. “We have to learn to live with this in our society so they do the least possible harm and possibly the greatest possible good.”

The negative side effects are found largely in the criminalization, Nadelmann said.

Polis and Suthers agreed that marijuana and Colorado’s medical marijuana are bad, but disagreed whether people should have legal access to it.

“It’s nothing more than state sanctioned fraud,” Suthers said. “I would prefer the legalization of marijuana to the medicalization, at least in the system we have now. There are 128,000 medical marijuana patients in Colorado. The demographic is the same as recreational marijuana use in Colorado.”

“More than 20 percent of those being treated for addiction get access through a medical marijuana card. When the perception of risk is at its lowest, use is at its highest,” Suthers said.

“Regulate it, tax it and let the states and communities decide whether they want it in their borders. Spend the money it generates on education and treatment programs,” Polis said. “This is not a federal issue.”

Marijuana, tobacco and alcohol are bad things and we shouldn’t use them. He doesn’t and never has, Polis said.

“I’m happy to be in Colorado, which could be the first state to end the prohibition against marijuana,” Nadelmann said.

But he urged caution in legalization.

“I don’t want marijuana sold as a free for all in a 7-11. I was a tax system that will discourage consumption,” he said. “If it passes, and I hope it does, it’s not going to simple and easy.”

Legalization doesn’t work in other countries, despite what advocates say, Suther said.

“I’ve been on these panels a long time. They’ve talked about various countries that have legalized drugs and all those countries have increased rates of drug use,” Suther said.

“I come from 28 years of experience on the streets,” Coulson said. “I cannot imagine why you would want to add another thing.”