The Powhatan man accused of growing more than 800 marijuana plants at his home appeared before a Powhatan judge Monday.

Monday a judge Odum’s next court date for September. 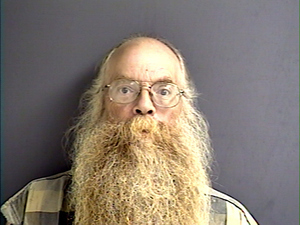 Odum is charged with possession of marijuana with the intent to distribute and manufacturing marijuana.
Powhatan Undersheriff, Chris DeHart tells CBS 6, animal control officers originally showed up to Odum’s home Friday after getting an animal cruelty complaint against Odum from an anonymous caller.

DeHart says the 800 marijuana plants discovered, were at different stages of growth and in plain view to anyone on Odum’s property.

When deputies went inside Odum’s house, they found a pound of marijuana and items which lead them to believe Odum planned to distribute the substance, according to DeHart.

He says they also found more than 30 puppies.

DeHart tells CBS 6, the animals were seized and investigators are working to determine if they were mistreated.