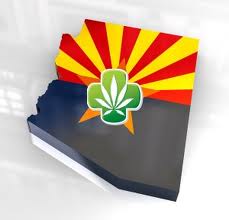 Since the Arizona Department of Health Services began accepting applications for medicinal marijuana on April 14, more than 8,700 residents, including 50 in Yuma County, have applied to receive the cards authorizing them to legally possess and grow marijuana.

To receive the cards, patients must first obtain a written certificate from a licensed Arizona doctor confirming they have one or more of the qualifying conditions in the program such as cancer, AIDS, hepatitis C, etc.

“All doctors that fall into four categories are able to certify for (medical marijuana),” said Laura Oxley, ADHS director of communications. “Allopaths, which are your normal MDs, homeopaths, naturopaths and osteopaths can provide a physician’s rights certification to their patients they believe will benefit from it.”

Once they have their physician’s certificate, patients must submit a medicinal marijuana application to ADHS, sign a statement promising they will not allow unauthorized individuals to use the drug, and pay a $150 application fee or $75 if the patient is enrolled in the Supplemental Nutrition Assistance Program (formerly known as food stamps).

ADHS then reviews each application and renders a decision on its validity. Of the 8,738 applications received by ADHS, 8,670 of them have been approved, with only seven being rejected.

“The state does not get between the patient and their doctor,” said Oxley. “If they have a completed application they will receive a card. The complications come when they don’t send in everything that they need to.”

After receiving their card, patients may possess 2.5 ounces of marijuana, or if they don’t live within 25 miles of a dispensary, they may grow up to 12 cannabis plants in an enclosed, locked area on their property.

Currently, there are no medical marijuana dispensaries in Yuma County. It’s unlikely there will be any time soon since ADHS stopped accepting dispensary applications pending a lawsuit filed by the attorney general on May 27 seeking a declaratory judgement on the legality of the law.

The case is pending in U.S. District Court of Arizona.

Numbers on Medicinal Marijuana in Arizona

Information provided by the Arizona Department of Health Services.