Hey Tom Horne: Take your hand out of the pot. Literally. -UA 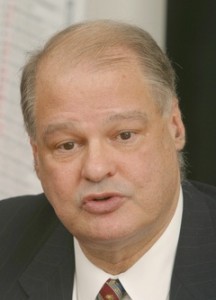 Tom Horne intends to shut down groups he believes have been illegally providing medical marijuana to patients with cancer and other diseases.

To that end Horne today filed suit, seeking to stop so-called “Cannibis Clubs” from giving marijuana to patients for a “membership fee.”

“It is legal if you’re a card holder to give marijuana to another card holder without compensation but it’s not legal if there are fees involved.  With the five clubs there are fees involved,” said Attorney General Tom Horne.  “Rather than having them arrested right away, I’m taking a softer approach.  We’re going to court to ask for a judgment of the court saying that they can’t do this and if the court agrees with us and they continue doing it than they would be subject to arrest.”

Arizona’s recently passed medical marijuana law is in disarray after Horne sued the federal government in May to find out whether state regulators could face prosecution.