Karen Dobner of Aurora today held a press conference to announce her foundation will start to boycott and protest stores carrying substances suspected to be synthetic drugs. Dobner thinks a synthetic substance played a role in her son’s death

Can we please stop calling it ‘synthetic’ marijuana? Why can’t we just call it drugs? -UA 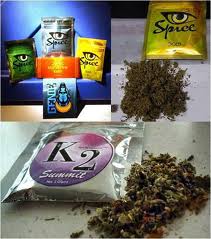 An Aurora mother came to Batavia Township Tuesday to announce her foundation’s growth and the actions it plans to take against those who sell synthetic marijuana.

Karen Dobner said an Executive Committee has been formed for the To the Maximus! Foundation. The group is focused on education, cooperation and the eradication of substances defined as synthetic marijuana.

The foundation also will begin to boycott stores that sell synthetic marijuana or products suspected to be the man-made drug. Dobner said supporters will soon stage a protest outside a specific store that sells the products. She did not name the store or its location.

Dobner said she thinks synthetic marijuana played a role in her son Max’s June 14 death. She spoke Tuesday afternoon on the Mooseheart campus, across from the house where Max’s life came to an end. She was joined by family, friends, congresswomen Linda Chapa LaVia and Kay Hatcher, Aurora Mayor Tom Weisner and members of her foundation’s committee.

“We want to do everything we possibly can to eradicate this product from the American shelves, starting with our own neighborhoods,” Dobner said.

Synthetic marijuana mimics the effects of actual marijuana, but can have adverse effects such as panic attacks, hallucinations and a rapid heartbeat, according to the U.S. Drug Enforcement Administration

U.S. drug officials said synthetic marijuana is packaged as incense, potpourri and sold in amounts as small as one gram in convenience stores. Efforts to outlaw the substances are complex and difficult.

Max Dobner, 19, and a friend on June 14 purchased a potpourri substance from a tobacco shop in Aurora and smoked the contents, Karen Dobner said. About an hour later, Dobner called his older brother Justin and said he was having a panic attack and an increased heart rate.

Karen Dobner thinks her son was in a panicked, hallucinatory state after he smoked the potpourri. Witnesses saw Max’s car on June 14 moving at about 100 miles an hour eastbound on Mooseheart Road before crossing Route 31 and crashing into a Batavia Township home.