Lakewood continues its policy of not regulating medical marijuana

The City of Lakewood won’t change its stance on medical marijuana, despite a recent change in state law that allows cities to regulate it. 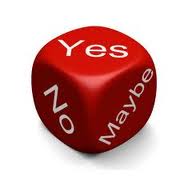 The City of Lakewood won’t change its stance on medical marijuana, despite a recent change in state law that allows cities to regulate it.

Under the law approved this year, cities can license, set health and safety rules, and tax so-called “collective gardens” that allow groups of patients to grow and distribute cannabis for their sole medical use.

Other cities have acted to regulate or ban these operations. The Tacoma City Council voted to ban them last week, though it has no immediate plans to shut down the dozens of dispensaries already in business.

Lakewood officials say there are no licensed dispensaries operating in their city.

City Attorney Heidi Wachter said the gardens are illegal in Lakewood because the federal prohibition on medical marijuana trumps state law, and the city prohibits the licensing of illegal activities.

Wachter recommended the council stand pat as she expects state lawmakers to continue making changes to reconcile the conflict in state and federal law.

“We believe this is the safest and most defensible course,” she said.

Lakewood’s Public Safety Advisory Committee also recommended the council take no action. Bryan Thomas, a committee member, said the group had concerns about people locating collective gardens near daycare centers and schools. They also could pop up in vacant houses, increasing the risk of crime and fire, he said.

“If we rush to put in an ordinance or make some law that the Legislature changes, then we have to go back and redo everything,” Thomas said. “I think everybody’s right, and we haven’t seen the last of the changes that are going to come.”