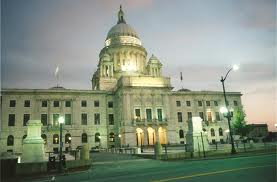 While Chafee takes all the time in the world to make up his mind about marijuana dispensaries, people are suffering, putting off life-saving chemotherapy and radiation treatments (because they can’t survive it without medical marijuana), and even putting themselves at risk trying to find medicine on the black market.

Also consider the impact of this delay on the business interests that are now paying rent for empty space, incurring huge bills for equipment and start-up costs, etc.

There is a huge backlash forming for his lack of leadership on this issue. He took the seat of governor knowing this was what his voters and the citizens of Rhode Island want, and now that he’s in power he is a lame duck.

His obvious lack of a sense of urgency over this issue, which truly is an issue of compassion and simply following the laws of Rhode Island, is disturbing, and I hope voters will remember this when election time comes again.

The writer is a blogger for CannabisCulture.com and is a contributing writer for Releaf Magazine.