Police: Man said he sold marijuana to pay for college

Remember, the right to remiain silent means not saying things like this…-UA 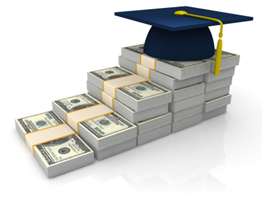 An 18-year-old man caught Sunday morning with bags of marijuana told Bethlehem police he had “just started” drug dealing to pay for college, according to court records.

Maharishi Cretan Patel of Scioto, Pa., is charged with possession with the intent to deliver and underage drinking. He is free under $15,000 unsecured bail.

According to court records:

Around 12:30 a.m., police were on the patrol in the 200 block of E. Third St. when he saw a man later identified as Patel with two other men. An officer noted he smelled burning marijuana and saw Patel throw something into a parked car.

Police said in the back seat of the vehicle, there were two bottles of liquor and a sandwich bag of marijuana with smaller bags inside.

Patel told the officer he had just started selling marijuana to help pay for college.