OAK HILL — The city no longer has a Police Department. 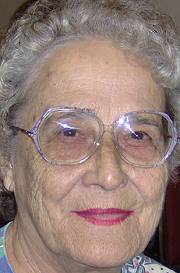 City commissioners voted Monday night to dissolve the department and ask the Volusia County Sheriff’s Office to handle law enforcement for the community rather than continue with the ongoing conflicts and controversies that have arisen over the past several months.

Sheriff’s spokesman Gary Davidson said his agency was ready to provide law enforcement services to the city and, in fact, started Monday night.

The decision came on the heels of Gibson’s motion to fire Police Chief Diane Young, seconded by Mayor Cook, who said she had “never felt comfortable with the chief.”

During the special meeting which she called, Cook presented a litany of complaints against the chief, who had been Oak Hill’s top cop for 17 months.

Cook said they ranged from Young’s association with a known drug dealer to knowledge she allowed someone else to take certification tests for two officers on the force, and that she gave an officer who failed his drug test two months to clean up, during which time he was involved in a high-speed chase during which shots were fired.

Cook noted that Young had admitted to cocaine use in her original job application in 2002. When the revelations came to light in media reports in 2009, Young said the “social cocaine use” occurred over a two-year period in the mid-1980s, and she hoped people judged her by what she had done for the city.

On Monday night, Cook also pointed to several lawsuits against the city filed by former Oak Hill police officers and the public, including one by Young herself.

“Our problem is not with the department, but with an inexperienced chief,” the mayor said.

However, before Young’s termination could be brought to a vote, Gibson withdrew the motion in favor of a proposal from Commission Ron Engele that the city would be better “starting over with a clean slate.”

“The entirety of the department needs to go away,” Engele said.

Cook initially opposed the disbanding the agency, saying the commission should take a first step with Young. 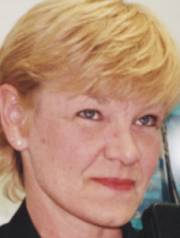 However, Commissioner Kathy Bittle, who said Cook should abstain from any vote to fire the chief because of her personal feelings against her, supported the idea.

City Attorney Scott Simpson warned the commission against taking such action without having a contract with the Sheriff’s Office in hand spelling out how it would oversee law enforcement in the city.

Cook, however, said she had already received assurances from Sheriff Ben Johnson and his Chief Deputy Bill Lee that “they would aid the city any way they could.”

Gibson added he believed the cost of having the Sheriff’s Office provide law enforcement to the city would be the same as taxpayers now pay for the municipal department.

Sheriff’s spokesman Davidson said neither Johnson nor Chief Deputy Lee were available to comment Monday night due to their involvement as hosts of the Florida Sheriffs Association convention in Daytona Beach.

Davidson said sheriff’s officials were aware of the conflicts regarding Oak Hill Police Department and had been notified of the commission’s action.

“We have shifted some of our patrol resources to cover the city,” he said, adding deputies were prepared to respond to any calls for service. “This is nothing new for us. We know how to patrol a city.”

In addition to questions about a contract with the Sheriff’s Office, Simpson also warned the commission might be criticized for taking such action without detailing its consideration on the meeting’s agenda. While he did not believe this was a violation of the state’s Sunshine Law, he recommended eliminating the Police Department from the city’s budget rather than terminating the officers.

“You need to end the relationship with all the employees,” Simpson said. Commissioners followed that advice.

Reserve Police Officer Thad Smith told Cook while he respected her, he did not respect her attack on the chief, particularly related to her veiled allegations the police chief had planted marijuana plants on the mayor’s property in an effort to force her to resign. While never naming Young, Cook alluded to the chief being involved in the June discovery of the 10 marijuana plants.

After Monday night’s vote, Young declined to speak with the media, saying she first needed to talk to her officers.

Sgt. Manny Perez, the subject of recent conflicts with Young, announced over his police radio while standing in the back of the commission chambers that an officer could not respond to a call for service because the department had been shut down.

Perez isn’t the only officer who has clashed with Young. In July, a former police sergeant fired after spending more than a year on unpaid leave filed suit against Oak Hill to get his job back. The whistle-blower lawsuit filed by Mike Ihnken claims Chief Young retaliated against him because he made formal complaints of “illegal conduct” by Oak Hill police personnel.