Looking ahead to medical marijuana dispensing 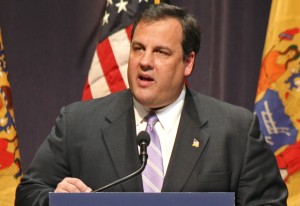 Since Gov. Chris Christie gave the nod for New Jersey to become the 14th state to approve medical marijuana, six approved dispensaries are set to open by the end of the year. The one serving the South Bergen area will be in Secaucus.

But the move didn’t come easy. Christie stalled on the program until receiving assurance that dispensers wouldn’t be prosecuted under federal drug statutes. Although the sale, dispensing, growing and smoking of medical marijuana is legal in 14 states, it is not under federal law, leading to confusion between local and federal authorities. According to a statement from the Justice Department, small, focused state marijuana programs would not be a top priority for law enforcement.

“It is likely not an efficient use of federal resources to focus enforcement efforts on individuals with cancer or other serious illnesses who use marijuana as part of a recommended treatment regimen consistent with applicable state law, or their caregiver,” the press release reads.

New Jersey’s marijuana program is considered the strictest in the nation. Alternative Treatment Centers (ATCs) will be responsible for growing and dispensing medical marijuana. Patients can get a maximum of a two-ounce supply every 30 days. The active ingredient, THC, is limited to 10 percent maximum. Health insurance providers do not cover the cost. There is a $200 registration fee (good for two years) for physicians and patients. A $20 fee is reserved for individuals under state and federal assistance. The physician must register with the state and attest that the patient is undergoing treatment for an active, debilitating medical condition, and may benefit from medicinal marijuana use to relieve symptoms. The physician must have an ongoing responsibility for the patient’s care. Physicians will provide patients with codes so they can register either online or on a paper application.

The following conditions qualify if severe or chronic pain, severe nausea or vomiting, cachexia, or wasting syndrome results from the condition or its treatment: AIDS, HIV positive status or cancer. If a debilitating condition is not on the list, patients can file a petition with the program once a year, according to the state. New Jersey lawmakers have also included a provision that will allow the state Department of Health and Senior Services (DHSS) to review diseases and conditions periodically and add new ones.

So far, 95 physicians have registered to participate in the program. The largest number of doctors that have registered are the 22 from Bergen County. Rutherford internist Dr. David Isralowitz is not one of them, despite being the founding director of Hackensack University Medical Center’s hospice program. He notes that although evidence shows that medicinal marijuana can be effective, the treatment should be monitored.

“Medical marijuana can be an effective therapy for nausea, lack of appetite and pain related to cancer and chemotherapy,” Isralowitz said. “Obviously, it needs to be used in appropriate clinical settings, but that applies to prescribing of all legally controlled medications, from small doses of anti-anxiety medication like Xanax to injections of morphine to control severe pain.”

The DHSS is not releasing the names of physicians authorized to prescribe medical marijuana until the list is complete and verified.

“We are still working on a program implementation and there are several steps in the process. The Department of Health has reached out to the Alternative Treatment Centers [dispensaries] to get an update on their progress. The ATCs are gearing up to get their programs operational—locating property for their operations and dealing with other critical issues like security. At least some of the ATCs are expected to be operating by the end of year,” said DHSS spokesperson Dawn Thomas.