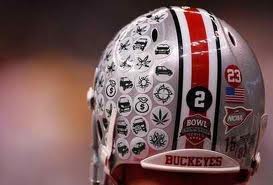 DAYTON, Ohio (AP) — A group that wants to legalize medical marijuana in Ohio has turned in hundreds of petition signatures in a first step toward putting the idea before voters in November 2012

A proposed “Ohio Alternative Treatment Amendment” would amend the state Constitution to allow caregivers and patients with qualifying ailments to possess up to 3.5 ounces of pot, the Dayton Daily News reported. Backers of the measure last week submitted to Attorney General Mike DeWine 2,143 signatures on petitions summarizing the amendment.

If 1,000 of the signatures are validated and the summary language passes a review process, the amendment’s supporters would then need to collect at least 385,245 valid petition signatures to win the amendment a spot on the ballot next year, said a spokesman for Secretary of State Jon Husted, Ohio’s top elections official.

“We’re hoping the ballot will force our legislators to stand up and do what’s right,” said Tonya Davis, 48, a Dayton area resident and member of a committee that delivered the first batch of signatures to DeWine.

Medical conditions that would qualify for medical marijuana, according to the amendment summary language, include glaucoma, Parkinson’s disease, posttraumatic stress disorder, or any disease that produces severe nausea, wasting, persistent muscle spasms or chronic pain.

Davis, who told the Daily News she suffers from scoliosis, thyroid disease, inflamed bowel disease and other health problems, said marijuana has offered her relief without spasms, nausea and other side effects she said she has found with narcotic pain medications.

But medical marijuana would create a variety of problems for law enforcement, said Montgomery County Sheriff Phil Plummer, who described himself as “totally opposed” to the amendment.

“I think it would make too much marijuana available to kids in the community,” Plummer said. He also expressed concern that patients using marijuana might get behind the wheel and cause accidents.

The amendment would prohibit the sharing of medical marijuana with minors or the operation of a motor vehicle by anyone under the influence of the drug, the summary said.

More than a dozen other states already have legalized medical marijuana, mainly through ballot questions. A second petition campaign is under way for an amendment that would take a different approach toward allowing medical marijuana in Ohio, by having the state regulate it similar to alcohol, according to the website of the Ohio Patient Network, which supports the use of pot for medicinal purposes