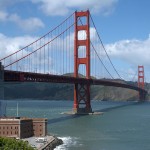 Attorney General Kamala Harris is considering new regulations of medical marijuana, but some San Francisco advocates say the proposed rules would make it harder for patients to obtain the medicine and easier for cops to improperly arrest them.

Under the proposed guidelines, medical marijuana users could only belong to one dispensary and individual police officers would be given the authority to determine whether someone is a legitimate patient.

The guidelines have not been made public by the attorney general, but a copy of an April “discussion draft” was recently obtained by members of San Francisco’s Medical Marijuana Task Force. The draft includes recommended guidelines that go further in some areas than those issued in 2008 by Jerry Brown, Harris’ predecessor. A spokesperson for Harris’ office declined to comment.

Guidelines from the state’s top prosecutor influence how local cities and counties regulate dispensaries and advise how law enforcement agencies should treat operators and patients.

Medicinal marijuana is legal under state law, but illegal under federal law. Advocates have supported industry regulations because controls are seen as a way to maintain a legitimate medical industry, address residents’ complaints and prevent a crackdown by federal law enforcement.

The city-appointed Medical Marijuana Task Force will hold a hearing today on the document.

Advocates are upset they were not involved in discussions, and also by the policy implications.

“I’m first and foremost concerned that people can only be members of one collective,” said task force member Shona Gochenaur, the executive director of the Axis of Love medical marijuana activist group. “That doesn’t work.” She likened it to being forced to shop at a specific grocery store.

Gochenaur also said the guidelines read like they were written by law enforcement. One draft policy said, “Officers should use their sound professional judgment to assess the validity of the person’s medical use-claim” if they do not have a state ID card. In San Francisco, medical cannabis patients do not need a state ID card as long as they have a doctor’s prescription.

Other concerns are restrictions on cultivators only being able to sell to one dispensary, which could favor large-scale operations over smaller groups.

Americans for Safe Access attorney Joe Elford said his group was provided a copy of the draft by Harris for feedback and declined to comment on it. The state’s medical marijuana law is “murky at best,” Elford said. He said the state Legislature has chosen “not to clarify certain issues,” and other debates are “percolating through the courts.”

Amid such dynamics, law enforcement often looks to the attorney general for guidance, Elford said.

“[Medical marijuana] is something brand new,” said Stephanie Tucker, a spokeswoman for The City’s Medical Marijuana Task Force. “As the community evolves, so do some of the best practices.”

Tucker said advocates look forward to working with Harris to come up with guidelines that protect providers and patients.

In San Francisco, there are 26 permitted medical marijuana dispensaries and 12 pending applications, according to the Department of Public Health.

Provisions in a draft of Attorney General Kamala Harris’ medical marijuana guidelines raise questions and concerns. Here are some of them:

Patients could face more police trouble: If someone isn’t carrying a state medical marijuana ID, it’s up to police officers’ “sound professional judgment” to determine if that person is a legitimate patient.

A cultivator should sell to only one dispensary: This provision would help keep marijuana from being used for nonmedical purposes, but critics say it could increase costs, limit product availability and hurt smaller dispensaries.

People should buy medical marijuana from only one dispensary: Limiting where patients can buy could subject them to higher prices and also limit access to different products.

Source: Attorney General Kamala Harris’ April draft Guidelines for the security and nondiversion of marijuana grown for medical use