One of my favorite cities to medicate in…….-UA 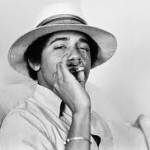 CHICAGO (STMW) – Those possessing small amounts of marijuana in Chicago may face citations or tickets instead of the county jail, Police Supt. Garry McCarthy said Saturday.

After an anti-violence march in the Austin neighborhood, McCarthy said he discussed the issue with both Cook County Board President Toni Preckwinkle, who supports diverting low-level drug offenders from jail, and Mayor Rahm Emanuel.

Those with small amounts of marijuana shouldn’t expect less heat from Chicago Police if such a policy is implemented, McCarthy said.

“We’re looking at different arrest processing, not not making the arrests,” he said.

McCarthy added that those with outstanding warrants or involved in more serious crimes would still be processed through the Cook County Jail.

Earlier this week, Preckwinkle said she had asked McCarthy to consider halting low-level marijuana arrests. She said judges often drop the cases, but not before the county pays to incarcerate those arrested at $142 a day.

McCarthy said Saturday that while he is open to the idea of ticketing some people for possessing small amounts of marijuana, the idea was still in development and not a done deal.

McCarthy’s comments came after he, Emanuel and Ald. Deborah Graham (29th) led about 100 people Saturday in a West Side march that ended in the 200 block of South Lotus with hot dogs for the participants.

“I love stuff like this,” McCarthy said. “You get the feel, the sense of the community.”

Also at the rally was Ronald Holt, director of the Chicago Alternative Policing Strategy program, whose 16-year-old son, Blair, was shot to death on a CTA bus on his way home from school in 2007.

Holt said he has been to hundreds of rallies, and he thinks they do have an impact.

“It sends a collective message to the community,” he said.