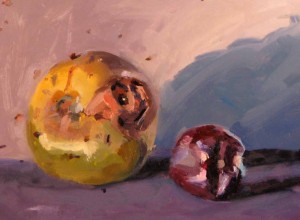 Resembling his late mother Effi, the tall, lean Marion Christopher Barry, 31, stood next to his attorney Frederick Cooke Jr. as his father watched from a seat in the courtroom.

In exchange for the guilty plea, prosecutors said they would not file additional charges and would not seek a prison sentence longer than six months, the low end of charging guidelines for Barry’s offenses. The high end of the sentencing guidance is three-and-a-half years.

Barry had been charged with one count of unlawful possession with intent to distribute a controlled substance. Barry, his father and Cooke all declined comment after Wednesday’s hearing.

Barry is scheduled to be sentenced Sept. 27. Cooke had asked for an earlier sentencing, but Judge Robert E. Morin, concerned about the PCP, declined the request. Morin said he wanted Barry to be drug tested and evaluated before sentencing.

Cooke said Barry has been testing negative since his arrest.

The younger Barry was arrested May 28 after neighbors reported yelling and sounds of fighting inside his apartment in the 4300 block of Martin Luther King Jr. Avenue SW, according to police charging documents.

When police arrived, according to the documents, Barry refused to open the door, jumped out of his first-floor apartment window and ran, leaving blood on the floor.

Inside the apartment, the charging documents said, police found five sandwich bags determined to contain marijuana, as well as a vial three-quarters full of a liquid later determined to be PCP.

Barry later returned to the apartment, where he was arrested, the documents said.