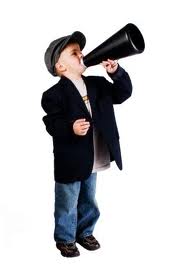 CHICO,Calif. — Chico City Council members, the police chief and other city officials could face federal prosecution if they move forward with implementing dispensaries under the city’s medical marijuana ordinance.

Kris Hermes, the spokesperson for Americans for Safe Access says Chico is only the third city in California to have U.S. attorneys specifically mention that city council members and staff could face prosecution, something he says is ridiculous.

“It’s absurd that they would make the threats but it’s also absurd to assume they would act on them,” says Hermes.

“The district attorney in Butte County Mike Ramsey is taking advantage of these threats disingenuously.”

He believes what’s happening in Chico is not coincidental. He thinks Ramsey and the U.S. Department of Justice have been talking behind scenes and the possible prosecution of city employees is being used as a scare tactic.

Hermes says that officials in ten other states have received letters from U.S. attorneys warning them that they are breaking federal law by implementing their own marijuana laws.

Mike Ramsey told KRCR NewsChannel Seven that he has nothing to do with the U.S. Department of Justice and had no other comment.