Obama says he’s not willing to end the drug war

The war can’t be over….there are still plenty of innocent ones left……-UA 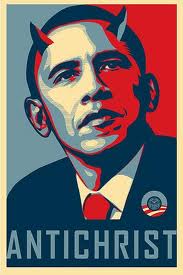 President Barack Obama said Friday that the U.S. would not be ending its war on drugs under his watch.

“Much is being asked of our generation,” a doctoral student named Steve told the president at a town hall event in Maryland. “So, when are our economic perspectives going to be addressed? For example, when is the war on drugs in society going to be abandoned and be replaced by a more sophisticated and cost effective program of rehabilitation such as the one in Portugal?”

“I have stated repeatedly — and it’s actually reflected in our most recent statement by our office of drug policy — that we need to have an approach that emphasizes prevention, treatment, a public health model for reducing drug use in our country,” Obama said. “We’ve got to put more resources into that. We can’t simply focus on interdiction because, frankly, no matter how good of a job we’re doing when it comes to an interdiction approach, if there is high demand in this country for drugs, we are going to continue to see not only drug use but also the violence associated with the drug trade.”

After several minutes of explaining U.S. efforts to help Mexico fight transnational drug dealers, the president got to the point.

“Just to make sure that I’m actually answering your question, am I willing to pursue a decriminalization strategy as an approach? No.”

“But I am willing to make sure that we’re putting more resources on the treatment and prevention side,” Obama added.