Lets get these stereotypes out the door!-UA
By Maia Szalavitz Tuesday, July 19 healthland.time.com 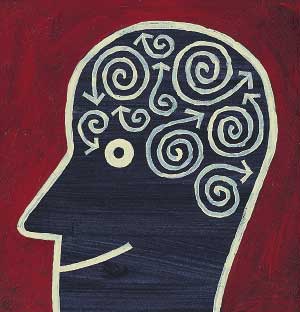 The idea that “marijuana makes you dumb” has long been embodied in the stereotype of the slow, stupid stoner, seen in numerous Hollywood movies and TV comedies and going unquestioned by much of American culture. But a new study says no: the researchers followed nearly 2,000 young Australian adults for eight years and found that marijuana has little long-term effect on learning and memory— and any cognitive damage that does occur as a result of cannabis use is reversible.
Participants were aged 20-24 at the start of the study, which was part of a larger project on community health. Researchers categorized them as light, heavy, former or non-users of cannabis based on their answers to questions about marijuana habits.
Light use was defined as smoking monthly or less frequently; heavy use was weekly or more often. Former users had to have not smoked for at least a year. Fully 72% of the participants were non-users or former users; 18% were light users and 9% were heavy current users. Prior studies have found that drug users do accurately report their consumption levels in surveys like this as long as anonymity is guaranteed and there are no negative consequences for telling the truth.

Participants took tests of memory and intelligence three times over the eight year period the study. They were also asked about how their marijuana use had changed. When the results were at last tabulated, researchers found that there were large initial differences between the groups, with the current marijuana smokers performing worse on tests that required them to recall lists of words after various periods of time or remember numbers in the reverse order from the one in which they were presented.
However, when the investigators controlled for factors like education and gender, almost all of these differences disappeared. The lower education levels of the pot smokers — and their greater likelihood of being male — had made it look like marijuana had significantly affected their intelligence. In fact, men simply tend to do worse than women on tests of verbal intelligence, while women generally underperform on math tests. The relative weighting of the tests made the impact of pot look worse than it was.
Researchers then explored whether quitting cannabis would affect the one difference that remained, which was poorer performance by heavy users on a test that required immediate recall of a list of nouns. They found that heavy users who had quit by the end of the study were no longer distinguishable on this measure from those who had never used.
The authors, who were led by Robert Tait at the Centre for Mental Health Research at Australian National University, conclude:
[T]he adverse impacts of cannabis use on cognitive functions either appear to be related to pre-existing factors or are reversible in this community cohort even after potentially extended periods of use. These findings may be useful in motivating individuals to lower cannabis use, even after an extensive history of heavy intake.
But what about all the prior research linking cannabis with lasting negative effects on cognition? Those studies may have been confounded by the fact that in many cases, heavy users were tested after being abstinent for only one day — so their performance could have been affected either by residual marijuana in their systems or by irritability or other effects of withdrawal. Studies that have looked at heavy users after longer periods of abstinence generally concur with the new research, finding no lingering effect on cognition.

Other research concludes that the “stupid stoner” image itself can impair performance, with subjects essentially living down to what’s expected of them. But the literature overall now suggests that those “I’m not as think as you stoned I am,” moments are likely limited to the high itself.
The research was published in the journal Addiction.