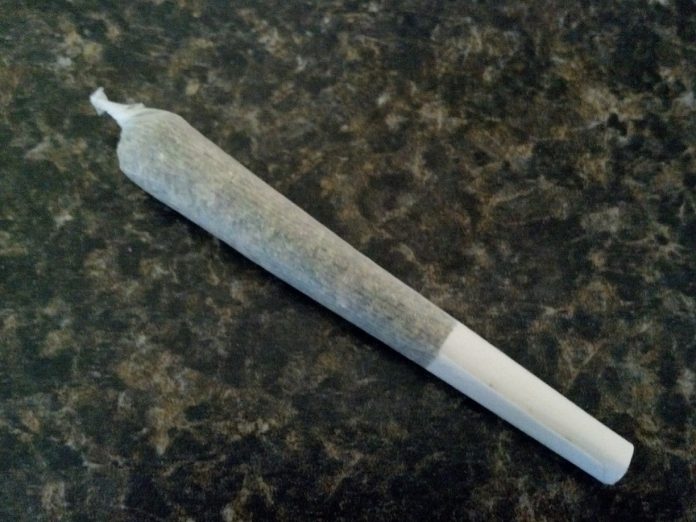 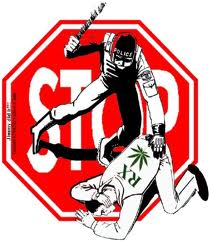 Irvina Booker makes a most unlikely criminal. She lives in constant pain, disabled by multiple sclerosis and arthritis, a grandmother whose limited mobility depends on her walker, her daughter and marijuana.

“I never smoked it before I got sick, and I don’t smoke it for fun,” said Ms. Booker, 59, who lives in Englewood, N.J. She would not divulge how she obtains her marijuana, but said, “I don’t want to be sneaking around, afraid someone is going to get arrested getting it for me.”

Like many people who contend that marijuana eases pain and appetite loss from serious diseases, Ms. Booker cheered in January 2010, when New Jersey legalized its use in cases like hers. But a year and a half later, there is still no state-sanctioned marijuana available for patients, and none being grown, and there is no sign of when there might be.

In the last few months, officials in New Jersey, as well as several other states, have said that mixed signals from the Obama administration have left them unsure whether their medical marijuana programs could draw federal prosecution of the people involved, including state employees.

A Justice Department memorandum issued late last month left unanswered questions, and Gov. Chris Christie has not said how he will proceed. But medical marijuana advocates say that in New Jersey, at least, the state law is stringent enough not to run afoul of federal policy, and that the governor’s true goal has been to block the program.

“You don’t have to be Sherlock Holmes to figure that out,” said State Senator Nicholas P. Scutari, a Democrat. “He’s used every tactic he can to delay and deny.”

The governor, a Republican, and his aides have insisted that every delay has been a genuine attempt to make the program work properly.

“In light of the Obama administration’s memorandum, the governor’s office is performing its due diligence to ensure implementation of the program is not in conflict with federal law and does not put state employees charged with directing the program at risk,” Kevin Roberts, a spokesman for Mr. Christie, said.

On Thursday, Mr. Scutari — who is a local prosecutor — and Assemblyman Reed Gusciora, the law’s primary sponsors, met with the governor’s legal advisers.

“They told us they don’t have their minds made up; that they want our input,” Mr. Scutari said.

But for the first time, he said, “the possibility of just scrapping the program” came up, though only in passing. Aides to the governor denied that there was any discussion of abandoning the program.

The state has named six nonprofit organizations to grow and dispense marijuana. The would-be growers say that if they were given the go-ahead, it would take at least four months to get up and running.

“A lot of people ask when, how, if we’re really going to open, and we can’t tell them anything,” said Ida Umanskaya, a director of Greenleaf Compassion Center, which plans to operate in Montclair.

Another operator, Compassionate Care Centers of America Foundation, which would be based in New Brunswick, “remains cautiously hopeful,” said Raj Mukherji, a spokesman for the group.

Though marijuana remains illegal under federal law, in 2009 David W. Ogden, the deputy attorney general at the time, sent a memo to federal prosecutors across the country saying that they should not focus “on individuals who are in clear and unambiguous compliance with existing state laws providing for the medical use of marijuana.”

But the memo came with caveats, stressing the Justice Department’s commitment to prosecute commercial marijuana growers and traffickers who feed the illegal market but hide behind “claims of compliance with state or local law.”

In March of this year, federal agents raided marijuana dispensaries in Montana, and some states wondered about the extent of Justice Department tolerance. Including New Jersey, 16 states and the District of Columbia have laws allowing medical use of marijuana.

On June 29, Deputy Attorney General James Cole sent a memo to prosecutors, citing “an increase in the scope of commercial cultivation, sale, distribution and use of marijuana for purported medical purposes.” The 2009 memo, he wrote, was never meant to shield operations with “revenue projections of millions of dollars based on the planned cultivation of tens of thousands of cannabis plants.” He said nothing about the legal status of state employees.

Mr. Christie has not said whether Mr. Cole’s memo allayed his concerns. Jessica Smith, a Justice Department spokeswoman, declined to discuss New Jersey, saying, “We do not speculate on what action we might or might not take in any situation.”

Medical marijuana advocates note that as a former federal prosecutor himself, Mr. Christie is well aware of that policy, and that the memo suggests that New Jersey would be in the clear because its program would involve relatively small, nonprofit operations.

“To us the Justice Department memo was good news for New Jersey,” said Meagan Glaser, policy coordinator at the Drug Policy Alliance.

New Jersey’s law was designed to be the strictest in the country, in reaction to programs in California and Colorado that were widely seen as too expansive, and it specified that only six centers would be licensed. It limited marijuana to use for a specific list of severe conditions like cancer, H.I.V. and Lou Gehrig’s disease, or when the patient has less than a year to live.

The Legislature passed the bill despite opposition by Mr. Christie, then the governor-elect. Gov. Jon S. Corzine signed it into law on his last day as governor.

Mr. Christie sought to designate Rutgers University as the sole grower and hospitals as the sole dispensers, but the university and the hospitals declined to take part. The governor then asked the Legislature to postpone the start of the program, and it did.

Late last year, the Christie administration proposed regulations limiting the program further. Some were later dropped, but the rules that were adopted limit the strength of the marijuana, prohibit home delivery, ban edible forms of the drug and require patients to show that they have exhausted conventional treatments.

The wait has been frustrating to patients like Sandy Fiola, of Asbury Park, who has multiple sclerosis and sarcoidosis, an inflammatory disease. She said no one questioned her right to take far more dangerous painkillers, like oxycodone, morphine and fentanyl.

“Using marijuana lets me cut way back on steroids and morphine, it works better, and I’m more lucid,” Ms. Fiola, 54, said. “God, I hope they do this thing. It’s been so long already.”

A version of this article appeared in print on July 18, 2011, on page A13 of the New York edition with the headline: Marijuana For Patients Remains Off-Limits.