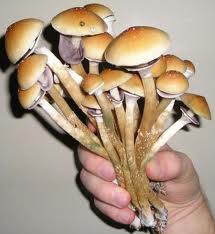 A San Francisco jury found a man accused of possessing magic mushrooms not guilty Friday after his lawyer argued that he forgot they were in his backpack, so he could not have knowingly possessed them.

Eric Meoli was stopped at the Powell Street BART station May 25 for riding his bicycle on the platform. After handing his backpack over to police to search for identification, the cops found less than four grams of mushrooms in a small internal pocket of the bag, according to the Public Defender’s Office.

Meoli, a cannabis club worker, had given $10 of legally-obtained medical marijuana to “a hippy in Golden Gate Park” suffering from insomnia,  said Deputy Public Defender Kimberly Lutes-Koths. The hippy then gave Meoli the mushrooms. He had put the mushrooms in the backpack about six months after getting them and forgot all about them, Lutes-Koths said.

“One of the elements of the law requires that the defendant know of the presence of the substance,” said Lutes-Koths. Prosecutors couldn’t prove Meoli had knowledge of possession of the mushrooms when he was arrested, she said.

The jury acquitted Meoli of one misdemeanor count of possession of psilocybin mushrooms.

“Some people think my argument was unique, but it just seemed logical to me,” said Lutes-Koths.

The District Attorney’s Office was not immediately available for comment.