The world could definitely use a few more Dr. Bobs……Any Releafers in Michigan know Dr. Bob?….-UA 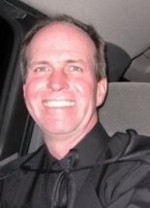 I am known as Dr. Bob throughout Northern Michigan, my practice certifies patients to use medical marijuana, and I want the state to put me out of a job.

To do that, leaders need to look at the reasons marijuana certification clinics like mine exist and work to remove those reasons while respecting the wishes of 63 percent of Michigan voters. Some 3.2 million Michigan residents voted for the MMMA, yet rather than respect their will, leaders have, at nearly every opportunity, sought to throw up roadblocks to its implementation.

The latest effort is a group of bills sponsored by the likes of Sen. Rick Jones and Rep. John Walsh designed to hamper patients and gut the act, rather than ease access for patients as the MMMA and the people intended.

Patients cannot go to their primary care doctors and get a certification, regardless of how much they want one and how well qualified under the act they are. In most cases they are chronically ill, middle-aged folks who have been using marijuana for years and want to take the step to become legal. They view marijuana as a natural and benign alternative to prescription narcotics such as OxyContin or Vicodin — medications that damage their livers and turn them into zombies.

This statement is backed by the fact that only one in 15 Michigan physicians have written even one certification for marijuana. Most are written by 55 physicians such as me who are cannabis specialists. Hospital systems and practices for the most part refuse to let their physicians write certifications for their patients.

When these patients go to certification clinics to get the card their doctor will not or cannot issue, they face having their pain medications withheld to punish their choice or are simply discharged from the practice. “Do no harm” does not involve withholding needed care.

Why would physicians treat patients that way? The answer is simple, fear. Fear of the Drug Enforcement Administration, fear of the attorney general, fear of their employers. They feel free to use marijuana as an excuse to discharge patients, perhaps to satisfy liability lawyers or insurance carriers. Federal law is frequently cited as a reason, despite the fact the feds made it clear they are not interested in prosecuting patients that follow state marijuana laws. To this day, the DEA refuses to acknowledge the medical use of marijuana despite embracing Marinol and extracts created by pharmaceutical companies with the same active ingredients.

Rather than restrict patients, gut the act and in general try and obstruct the process as much as possible, government should listen to the voters and help suffering patients obtain medication. Require doctors to write certifications on demand for their qualified patients. It is a health care choice, and patients should not feel afraid to discuss it with their physicians. Do not allow physicians to discharge or cut off patients for getting a card. Take away the fear and there will be no need for certification clinics such as mine.

Dr. Robert Townsend is a physician who certifies medical marijuana patients. He lives in Clare.