We renege on the the earlier pothole of the week….this guy is definitely way more dumber.-UA 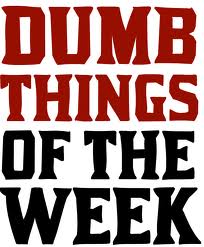 A Lincoln Park man called police to say he’d just been robbed of two pounds of pot — and was arrested when police found more drugs in his apartment, police said.

Max Fleck, 20, of the 1500 block of West Fullerton Avenue, and a 19-year-old man called police at 12:40 a.m. Thursday to say they were robbed of the marijuana and a laptop. The 19-year-old said he was hit over the head with a bottle and cut, police said.

Fleck, who said he was punched, was arrested when police found he had drugs, police said. He was charged with two counts of felony possession of a controlled substance and two counts of possession of cannabis, according to police News Affairs Officer Darryl Baety.