All this rhetoric means more patients will wait even longer for meds. This program is not about money, it is about helping sick people.  It’s a shame most people only see the dollar sign. -UA
By Meg Haskell, BDN Staff
Posted July 13, 2011, at 2:48 p.m. 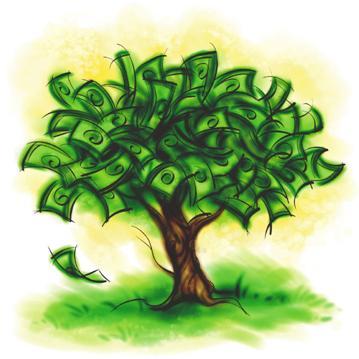 The California-based Berkeley Patients Group, which backed efforts to open four of Maine’s eight licensed medical marijuana dispensaries, is suing Maine-based Northeast Patients Group and its director, Rebecca DeKeuster, alleging she breached the terms of her employment by using inside information to forge a deal with another investor.

The lawsuit, filed last week in Cumberland County Superior Court in Portland, grows out of DeKuester’s resignation in February from her position as Berkeley’s New England expansion director. The resignation came at or around the same time she signed a letter of intent to partner with a Rhode Island-based Mobley Pain Management and Wellness Center.

The center is managed by former NBA player Cuttino Mobley, whose group now is expected to fund the startup of four nonprofit dispensaries slated to open this fall in Thomaston, Portland, Kennebec County and the Bangor area, according to a state official.

Catherine Cobb, who oversees the state’s medical marijuana program for the Maine Department of Health and Human services, said Wednesday that DeKeuster and Northeast Patients Group are now refining a business agreement with Mobley. Cobb said she expects to see a finalized financial proposal later this week.

In a letter of intent dated Feb. 23, Mobley’s group agreed to provide $2 million in financing and a $100,000 bridge loan to fund the Maine operations.

The Berkeley lawsuit charges DeKeuster with breach of contract and breach of fiduciary duty and seeks $632,000 in lost investments and related costs.

According to the court filing, Berkeley Patients Group, which has been doing business in California for 11 years, provided DeKuester and Northeast Patients Group with essential support that resulted in Northeast Patients Group being awarded contracts to run a marijuana growing operation and the four storefront dispensaries. That support included “substantial specialized knowledge, trade secrets, confidential information” and other operational backing, as well as DeKuester’s $110,000 salary and other financial “credits, expenses and advances,” according to the documents.

Rather than promoting the interests of her employers, DeKeuster “blocked and frustrated” the licensing process and did not adequately disclose her activities to the Berkeley Patients Group board, according to the court documents.

On Feb. 24, DeKeuster resigned as an employee and board member of Berkeley Patients Group. On or about the same day, she entered into a written agreement with “the competing business group,” according to the filing.

“She essentially resigned her position and took [Northeast Patients Group] in a different direction with a different group,” said attorney Chuck Remmel of the Portland law firm Kelly, Remmel and Zimmerman, who represents Berkeley Patients Group in the lawsuit.

Neither DeKeuster nor Northeast Patients Group board chair Daniel Walker, an attorney with the Preti Flaherty law firm in Augusta, was available for questioning on Wednesday. Walker issued a statement in which he declined to comment on the assertions in the complaint.

“Suffice it to say that we and our clients have a much different view of the underlying facts and are prepared to present our case and counterclaims in court,” Walker said in the statement.

A call to Mobley’s personal attorney on Wednesday was not returned.

Mobley, 35, retired in 2008 from his 11-year NBA career because of a congenital heart condition. He attended Maine Central Institute in Pittsfield as a postgraduate student and athlete in 1992-1993.

Documents on file with Rhode Island’s Medical Marijuana Program show the Mobley Pain Management and Wellness Center as the sole financial backer of the Summit Compassion Center, a medical marijuana dispensary to be located outside of Providence, RI.

A spokeswoman for the state of Rhode Island said Wednesday that the state’s plan to open three dispensaries is currently “on hold” due to concerns about conflicting state and federal laws regarding the growing, selling and possession of marijuana.

A statement on the Summit Compassion Center application reads: “In large part due to his own personal medical experiences, and having been exposed to various medical conditions negatively affecting those close to him, Mr. Mobley is excited to embark on a second career that will be very personal and rewarding to him — helping patients and-or their families in the area of pain and wellness management [the fastest growing area in the primary care medical field today].”

Cobb said her primary concern is that the proposal uphold the nonprofit structure of the Northeast Patients Group business plan.

Cobb said she does not expect the lawsuit to disrupt the opening of Northeast Patient Group’s licensed marijuana dispensaries. The organization recently started growing marijuana in Thomaston for sale at its dispensaries; Cobb said that crop likely will be ready to market by early September.