People in glass houses should grow plants, not call the police…..I think that’s how that saying goes….. -UA 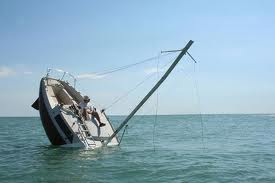 STATESVILLE, NC – A man who was assaulted, was later arrested for growing marijuana after he reported the domestic disturbance.

Last week the Iredell County Sheriff’s Department responded to a home on Browns Farm Dr in reference to a Domestic Disturbance. On arrival, Deputies noticed fresh marijuana laying in plain view on a computer desk in the house.

The homeowner Henry Gurley 68, was asked about the marijuana. Gurley admitted that the marijuana was his. Further search of the residence turned up 31 marijuana plants growing in a closet in a bedroom of the house.

The plants were in individual flower pots and sitting on black plastic. The closet included a heat lamp, an air filter, and a fan to bring fresh air and heat to the plants. Deputies also located several other devices in the house used to smoke marijuana.

Gurley was arrested and charged for the above crimes and given a $2,000.00 secured bond. His first appearance in court is today. The estimated value of the plants is $74,400.00.

During the investigation into the Domestic Disturbance, Deputies learned that Melonie Gurley 45, had assaulted Henry by pushing him to the ground and causing several abrasions to his arm and knees. Melonie had left the residence prior to deputies arrival. A warrant for her arrest was obtained  for Domestic Assault.