One of three raided homes was in Vancouver 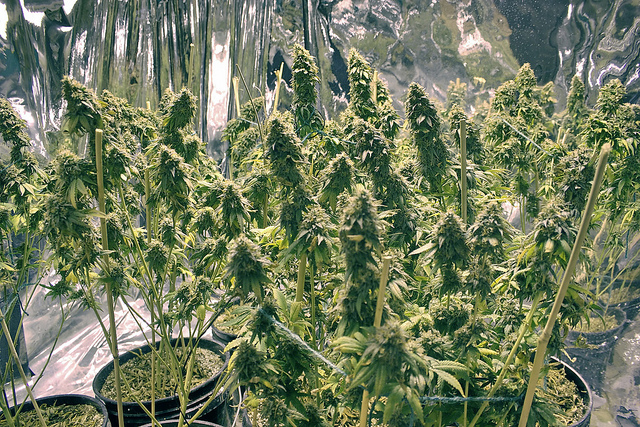 Four people who allegedly conspired to grow and sell large amounts of marijuana — under the mask of medical marijuana laws — have been arraigned in U.S. District Court in Portland.

Two others who allegedly were involved in the scheme, Kiet Anh Nguyen, 41, and Huy Anh Nguyen, 36, were arraigned on June 28 for alleged drug trafficking, money laundering and making false statements on mortgage applications, according to a bulletin from Gerri Badden with the U.S. Department of Justice.

The case dates back to Dec. 21, when police from Portland and Clark County raided two homes in Portland and one in Vancouver and found more than 500 marijuana plants and more than 100 pounds of processed marijuana, the bulletin said.

Also found, the bulletin said, were forged documents for the Oregon Medical Marijuana Program, but neither home in Portland was a legally registered grow site.

Officers said members of the ring made false statements on mortgage applications to buy homes they used as indoor marijuana-growing operations, and one of the houses is under foreclosure.

The four were released on supervision, with trial expected to be in August.

“These allegations are yet another example of criminals exploiting the medical marijuana program to mask sophisticated, multimillion-dollar drug trafficking operations,” said U.S. Attorney Dwight C. Holton. “We will continue to aggressively pursue and prosecute such drug trafficking organizations,” he added.

“This group is just one of many that is operating in Oregon under the cloak of the Oregon medical marijuana laws,” said Lt. Ned Walls, supervisor the Multnomah County Sheriff’s Office Investigations Division.

If the ring members are found guilty they could face heavy sentences and fines, the bulletin said.

Under federal law, conspiracy to manufacture and distribute more than 1,000 marijuana plants has a mandatory minimum of 10 years, a maximum of life in prison and a $10 million fine, the bulletin said.

Those convicted of money laundering can be sentenced up to 20 years. Making false statements on a loan application can mean up to 30 years in prison and a fine up to $1 million.