​Scott Feil wants to go to prison. And the United States wants to put him there. 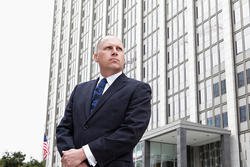 That, however, is where the common ground between Feil — one of the state-legal medical marijuana providers the federal government is prosecuting — and the Department of Justice ends.

Three of the co defendants in USA vs. Feil et al.have all pleaded guilty rather than go to trial, where the U.S. Attorney for Northern California would be able to use such evidence as business licenses and tax receipts to put them behind bars, according to court records. That’s all fine — it was part of a deal among defendants and prosecutors.

What’s not fine is that after the pleas were accepted, it appears prosecutors upped the ante: He would have to pay a multi-million dollar fine as well as spend 60 months in prison.

The government may never see the fine — most of Feil’s assets are in bankruptcy proceedings. But it will certainly ruin his life and meanwhile “it’ll sex up the bust,” he tellsSF Weekly. In other words, the fine would make him look like the drug dealer he says he’s not.

The holdouts in USA vs. Feil — in which the U.S. Attorney’s Office is pursuing drug charges against the operators of UMCC, Los Angeles’ first medical cannabis dispensary — are Scott Feil and his wife, Diana. She may not serve jail time, like the other defendants, in return for Feil taking the jail sentence.

According to court records, defendants Tom Carter, Mark Garcia, and Steve Swanson entered guilty pleas on May 9, May 26, and June 1. They will be sentenced in October.

The fine is meaningless, as Feil claims to have no assets other than his Lake County home after two years of litigating. But it sure would make him look a lot more like a drug dealer than a state-legal medical cannabis provider — and that’s the Justice Department’s motivation, it seems.  “I’m their trophy,” he says.

As for the prosecution? The Justice Department can make no comment until the case is fully adjudicated, according to spokesman Jack Gillund, though evidence of the three plea deals taken is in public record. A call and an e-mail to chief prosecutor Tarek Helou were not returned (rumor has it, has a relative in Washington, D.C. in the IRS’s asset forfeiture also working on the case).

It’s true that Feil once owned hotels in Fort Bragg and Eureka, as well as his home in Lake County. He surmises that the feds wanted to prove that the hotels were purchased with drug money. And they won’t be forfeited either way, because the properties are in bankruptcy proceedings.

Feil has defeated law enforcement officials in court before. A U.S. Appeals court ordered the Los Angeles Police Department to return to him $186,000 seized during a 2005 raid on the dispensary in West L.A.

Unless a settlement is reached today, Feil could go to trial in the fall. Local cannabis activists are planning a rally outside the settlement conference, at the Oakland federal building at 1301 Clay Street in downtown Oakland at noon today.