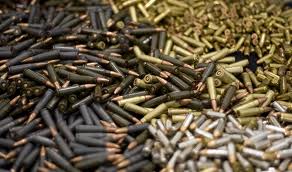 On Saturday a Mexican government official said at least 40 people were killed in three Mexican cities in a 24-hour period as a result of fighting among rival drug cartels.

The official said, “The violence is a product of this criminal rivalry … surrounding the intent to control illegal activities in a community, and not the only the earnings that come with it, but also with transporting drugs to the United States.”

In other words, cartels want to control the massive profits that come from drug prohibition, because without prohibition the inflated drug prices would plummet, gutting the cartels and limiting their ability, and motive, to commit violence.

But many refuse to consider legalization as a way of reducing cartel violence. Politicians in Mexico and The United States seem to be under the impression they have the situation under control.

Maybe they could tell that to the pile of bodies found by a well outside Mexico City, or the 16 people gunned down in a bar in Monterrey, the worst mass killing in that area in memory. If they weren’t all dead, that is.