They get more ridiculous each week. -UA

The federal government ruled on Friday that marijuana has no accepted medical use and should remain in the same class of drugs as heroin. 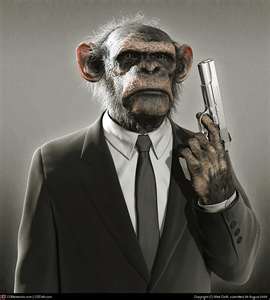 The decision comes nearly nine years after marijuana supporters asked the government to reclassify the drug to take into account the growing body of research conducted across the globe that proves it’s effective in treating certain diseases, reports The Los Angeles Times.

The paper spoke to advocates who criticized the ruling but are pleased that the government has finally responded, which allows them to appeal to the federal courts.

In May several medical marijuana advocacy groups under the name Coalition for Rescheduling Cannabis filed a lawsuit insisting that the DEA finally attend to the 9-year-old request, reports LAist.

Joe Elford, chief counsel for Americans for Safe Access told the Times, he was not surprised by the decision, which came shortly after the Obama administration announced it would not tolerate large-scale commercial marijuana growing operations.

It is clearly motivated by a political decision that is anti-marijuana,” he said. He noted that studies demonstrate pot has beneficial effects, including appetite stimulation for people undergoing chemotherapy. “One of the things people say about marijuana is that it gives you the munchies and the truth is that it does, and for some people that’s a very positive thing.

The Times also noted, this is the third time that petitions to reclassify marijuana have been denied. The first was filed in 1972 and denied 17 years later. The second was filed in 1995 and denied in 2001. Both decisions were appealed, but the courts sided with the federal government.

California and many other states have legalized marijuana for medicinal reasons and a push to legalize it in general is expected to appear on the 2012 ballot in California as Proposition 19, writes LAist.