SUBJECT: Guidance Regarding the Ogden Memo in Jurisdictions
Seeking to Authorize Marijuana for Medical Use

If anyone can interpret this non-sense please write our contact box……..-UA
U.S.  Department of  Justice
Office  of the  Deputy  Attorney  General 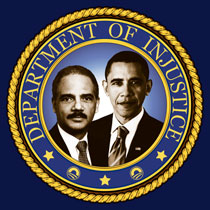 Over the last several months some of  you have requested the Department’s assistance in
responding to inquiries from State and local governments seeking guidance about the
Department’s position on enforcement of  the Controlled Substances Act (CSA) in jurisdictions
that have under consideration, or  have implemented, legislation that would sanction and regulate
the commercial cultivation and distribution ofmarijuana purportedly for medical use.  Some of
these jurisdictions have considered approving the cultivation of  large quantities ofmarijuana, or
broadening the regulation and taxation of  the substance.  You may have seen letters responding
to these inquiries by several United States Attorneys.  Those letters are entirely consistent with
the October 2009 memorandum issued by Deputy Attorney General David Ogden to federal
prosecutors in States that have enacted laws authorizing the medical use ofmarijuana (the
“Ogden Memo”).
The Department of Justice is committed to the enforcement of the Controlled Substances
Act in all  States.  Congress has determined that marijuana is a dangerous drug and that the illegal
distribution and sale of  marijuana is a serious crime that provides a significant source of  revenue
to large scale criminal enterprises, gangs, and cartels.  The Ogden Memorandum provides
guidance to you in deploying your resources to enforce the CSA as part of  the exercise of  the
broad discretion you are given to address federal criminal matters within your districts.
A number of  states have enacted some form of  legislation relating to the medical use of
marijuana.  Accordingly, the Ogden Memo reiterated to you that prosecution of  significant
traffickers of  illegal drugs, including marijuana, remains a core priority, but advised that it is
likely not an efficient use of  federal  resources to focus enforcement efforts on individuals with
cancer or other serious illnesses who use marijuana as part of  a recommended treatment regimen
consistent with applicable state law, or their caregivers.  The term “caregiver” as used in the
memorandum meant jus t  that:  individuals providing care to individuals with cancer or other
serious illnesses, not commercial operations cultivating, selling or distributing marijuana.
The Department’s view of  the efficient use of  limited federal  resources as articulated in
the Ogden Memorandum has not changed.  There has, however, been an increase in the scope of
commercial cultivation, sale, distribution and use of  marijuana for purported medical purposes.
For example, within the past 12 months, several jurisdictions have considered or enacted
legislation to authorize multiple large-scale, privately-operated industrial marijuana cultivation
centers.  Some of  these planned facilities have revenue projections of  millions of  dollars based
on the planned cultivation of  tens of  thousands of  cannabis plants.
The Ogden Memorandum was never intended to  shield such activities from federal
enforcement action and prosecution, even where those activities purport to comply with state
law.  Persons who are in the business of  cultivating, selling or distributing marijuana, and those
who knowingly facilitate such activities, are in violation of  the Controlled Substances Act,
regardless of  state law.  Consistent with resource constraints and the discretion you may exercise
in your district, such persons are subject to federal enforcement action, including potential
prosecution.  State laws or local ordinances are not a defense to civil or criminal enforcement of
federal law with respect to such conduct, including enforcement of  the CSA.  Those who engage
in transactions involving the proceeds of  such activity may also be in violation of  federal money
laundering statutes and other federal  financial laws.
The Department of  Justice is tasked with enforcing existing federal criminal laws in all
states, and enforcement of  the CSA has long been and remains a core priority.
cc: Lanny A.  Breuer
Assistant Attorney General, Criminal Division
B. Todd Jones
United States Attorney
District of  Minnesota
Chair, AGAC
Michele M. Leonhart
Administrator
Drug Enforcement Administration
H. Marshall Jarrett
Director
Executive Office for United States Attorneys
Kevin L.  Perkins
Assistant Director
Criminal Investigative Division
Federal Bureau of  Investigations

Oh I thought they already did that pretty regularly…