Because nothing is left up to the imagination except for truth…….lets not study people healing from it, lets dig up toenails and see if shakespeare smoked it….smh….-UA 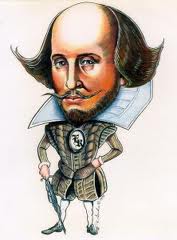 To be, or not to be? William Shakespeare’s famous question is about to be trumped by one even greater, and it goes something like this: “Doobie, or no doobie?”

Yes, Shakespeare might have had a little help from the cannabis muse, according to researchers who found traces of marijuana on a pipe at his home in Stratford-upon-Avon. That discovery was made 10 years ago, and investigators are itching to get their questions answered once and for all.

That’s why they’re petitioning to open up Shakespeare’s grave.

Francis Thackeray, the director of the Institute for Human Evolution at South Africa’s University of Witwatersrand, thinks he could use hair, fingernail and toenail remains to determine if Shakespeare had traces of marijuana in his body when he died in 1616.

Thackeray also wants to analyze the poet’s skeleton for clues about how he died, something that has long been a mystery to scholars.

Thackeray told LiveScience.com he’s submitted a petition to exhume the bodies of Shakespeare and his family, interned at the Church of the Holy Trinity in Stratford-upon-Avon. Church leaders say they haven’t been contacted about the request so far, and they’ve been vague about whether the request will be granted.

Shakespeare himself wasn’t so vague. An engraving on the famous playwright’s gravestone places a curse on anyone who disturbs his remains.

It reads: “Good friend for Jesus sake forebeare,/ To digg the dust encloased heare./ Blese be the man that spares thes stones,/ And curst be he that moves my bones.”

Thackeray thinks he found a loophole around the curse. He’s planing to utilize a laser scanning technique that will record the skeletons of Shakespeare and his family digitally, then use 3-D renderings to look for signs of bone disease.

“We don’t want to move any of the bones,” he told LiveScience.

That’s the kind of clever irony Shakespeare might have appreciated.