According to the SEC, USA owns Canada…..how long until the Cannabis NWO is here?-UA 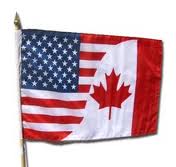 The 10th anniversary of Canada’s medical marijuana program is being celebrated with a declaration that it is an abysmal failure.

A decade ago the federal government hastily cobbled the program together in response to an Ontario court ruling that the criminal cannabis prohibition was unconstitutional if it didn’t exempt those who benefit from the plant’s therapeutic properties.

Today, we are on the cusp of the first major revision of the program that has frustrated and angered patients, incensed law enforcement and made municipalities pull their hair out over thousands of neighbourhood grow operations.

Until now, there were three legal ways to obtain medical marijuana. With a government-issued exemption from the criminal law, a person with a doctor’s prescription could grow a certain number of plants, or outsource the cultivation to a designated grower. They could also purchase it from a government-authorized Saskatchewan company, Prairie Plant Systems Inc. Most patients, however, because of the government program’s deficiencies, bought pot from the illegal network of compassion clubs that have sprung up across the country.

Medicinal marijuana users will now be prohibited from growing their own weed and will have to buy from licensed, tightly regulated commercial producers, federal Health Minister Leona Aglukkaq says.

“Our government is very concerned that the current Marijuana Medical Access Program is open to abuse and exploitation by criminal elements,” she maintained.

Aglukkaq didn’t provided any details but her broad brush strokes make me leery, and if I were running a compassion club I would be very worried.

She wants to close the dispensaries and eliminate personal grow operations.

I doubt Ottawa has a replacement regime ready to go in spite of her comments, in part because the best growers in the country haven’t a clue what Ottawa is doing.

And there are few companies that could meet the security and organic farming standards necessary to begin producing a range of specific marijuana strains to meet medical demand from a standing start.

That’s not even to mention that there are numerous patients forced to grow their own medicine who would prefer to keep doing it. That right should be sacrosanct.

The current problems flow from the expectation of the federal government 10 years ago that only small numbers of terminally ill patients or those with debilitating ailments would want cannabis. Boy, were they wrong.

Still, the idea of offering tens of thousands of Canadians a variety of strains of marijuana for everything from chronic pain, AIDS and chemotherapy was never envisioned. Yet that’s what the medical market is demanding.

The Harper Government is deaf to that clamour. It wants out of the marijuana business and to calm stormy neighbourhood concerns.

Aglukkaq says she is open for input until July 31 on how to go about implementing her changes.

In response, those in the drug policy world are hanging on the Supreme Court of Canada decision on Insite.

That would be a made-in-B.C. solution, and I’m told the Liberals and the NDP, behind the scenes, are in progressive agreement.

After all, if the doc says its OK and it helps the patient, why should it concern the cops, the courts, the federal government or some Neanderthal municipality like North Vancouver?

I’m all in favour of overhauling the medical marijuana program but instead of Aglukkaq’s proposals, why not have a real discussion with the compassion clubs and create a workable plan?