Medical Marijuana And The War On Drugs: A Timeline 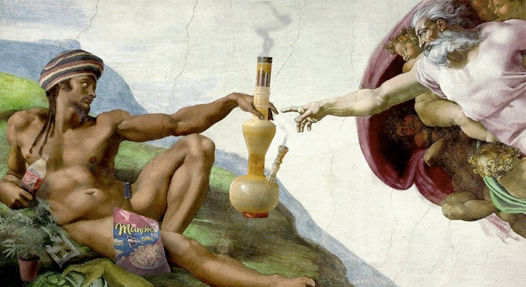 5000 BC: Unknown human stumbles across a burning cannabis bush, inhales, and thinks he’s talking to God.

2700 BC: Shaman is buried with cannabis in the Gobi Desert. Earliest positive proof of humans using cannabis for psychoactive purposes.

1500 BC: Cannabis is used medically in Egypt.

600 BC: Zoroaster, the Persian prophet, lists 10,000 medicinal plants in his book Zend-Avesta, but cannabis is #1.

170 CE: Romans are now making edibles from cannabis seeds and getting high from them.

1776: The Declaration of Independence is drafted…on paper made from hemp.

1841: Scottish doctor William O’Shaunghnessy writes about medical use of cannabis after learning about it in India.

1870: The U.S. Pharmacopoeia, the official list of medicines, lists cannnabis.

1906: U.S Pure Food and Drug Act, among other things, requires medicine containing cannabis to list it on the label.

1937: Marihuana Tax Act effectively outlaws both hemp and cannabis, which has suddenly gained the name “marijuana”.

1943: The U.S. Government encourages farmers to grow hemp again, because the fibers are important for the war effort.

1944: New York Mayor LaGuardia doesn’t believe the U.S. Government line and convenes his own commission on marijuana, which comes to the conclusion that it’s mostly harmless but may have useful medicinal properties.

1963: President John F. Kennedy decides to make marijuana legal in his second term, but is assassinated.

1964: Bob Dylan turns the Beatles on to marijuana and the Sixties officially begin.

1974: A Medical College of Virgina study finds that THC slows the growth of cancer cells. DEA covers up results.

1976: The Federal Investigational New Drug Compassionate Access Program begins supplying marijuana cigarettes to about a dozen patients (a program which continues to this day) for medical reasons.

1990: THC receptors are discovered in the brain.

1996: Californians pass Proposition 215, allowing the legal use of marijuana for medical purposes.

2003: The U.S. Government awards itself a patent on the medical use of cannabinoids.

2005: The U.S. Supreme Court decides that the Federal government can ban marijuana even when it does not enter interstate commerce.