California failure all over again? Or another possible  jumpstart? -UA 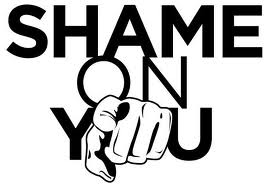 The group, led by the American Civil Liberties Union of Washington, decided to push the initiative this spring after Gov. Chris Gregoire vetoed most of a medical-marijuana bill that had passed the state Legislature.

“We did some more public-opinion research, looked at the numbers and said, ‘Yeah, this is the time,’ ” said Alison Holcomb, campaign manager for the initiative and drug-policy director of the ACLU of Washington.

The initiative would regulate the recreational use of marijuana in a way similar to how the state regulates alcohol.

It would legalize marijuana for people older than 21, authorize the state Liquor Control Board to regulate and tax marijuana for sale in “stand-alone stores” and extend drunken-driving laws to marijuana, with blood tests to determine how much of the substance’s active ingredient is present in a driver’s blood.

McKay, who spent five years enforcing federal drug laws as the U.S. attorney in Seattle before he was fired by the Bush administration in early 2007, said he hopes the initiative will help “shame Congress” into ending pot prohibition.

He said laws criminalizing marijuana are wrongheaded because they create an enormous black market exploited by international cartels and crime rings.

“That’s what drives my concern: The black market fuels the cartels, and that’s what allows them to buy the guns they use to kill people,” McKay said. “A lot of Americans smoke pot, and they’re willing to pay for it. I think prohibition is a dumb policy, and there are a lot of line federal prosecutors who share the view that the policy is suspect.”

Supporters would have until the end of this year to gather more than 240,000 signatures to get the initiative before the Legislature. Lawmakers could approve it or allow it to go to the ballot next year.

While Dickerson’s effort failed, separate legislation to license and regulate medical-marijuana dispensaries and grow operations, and give patients broader arrest protection, was approved.

Gregoire, however, vetoed parts of the bill in late April, saying it would put state workers at risk of prosecution under federal law, which bans marijuana.

Although the veto wasn’t the only factor behind the initiative, that’s when members of the coalition began talking more about a measure that would go beyond medical marijuana, the ACLU’s Holcomb said.

“The public opinion is there to support full legalization,” she said. “If you’re going to put the effort into doing an initiative, it doesn’t make sense to limit yourself to medical marijuana.”

No state has legalized marijuana for recreational purposes in such a way, although some have decriminalized it. The initiative would put Washington squarely at odds with federal law.

Holmes called the measure the “first comprehensive legalization, regulation and taxation initiative. It addresses every concern that has been voiced in the debate over the last several decades.”

California voters last year rejected Proposition 19, which would have allowed for personal possession and growing of limited amounts of marijuana, 54 percent to 46 percent.

Steves, a longtime critic of the nation’s marijuana laws, said he supports the Washington state initiative because “I just care about our community, and I think the war on marijuana is hurting people. … I think it’s flat out good citizenship to address a problem that needs to be tackled in a more thoughtful way.”

McKay said he long has considered marijuana prohibition a failed policy, but that his job as U.S. attorney was to enforce federal law, and he had no problem doing so.

McKay added that he does not use marijuana and that his position is based on a belief that marijuana prohibition has failed.

“When you look at alcohol prohibition, it took the states to say, ‘This policy is wrong,’ ” he said. “This bill might not be perfect, but it’s a good step forward. I think it will eventually shame Congress into action.”

Another group, Sensible Washington, already is pushing a legalization initiative that would remove all state criminal and civil penalties for marijuana use, possession and cultivation in any amount. Their effort is an initiative directly to the voters, meaning that, if it qualifies for the November ballot and passes, it would become law without input from the Legislature.