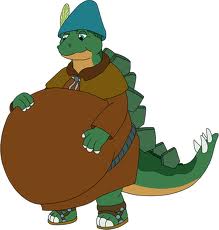 On Monday, The Apothecarium will finally open its doors, making it San Francisco’s 26th medical cannabis dispensary. Far from having as many pot clubs as Starbucks, vast swaths of San Francisco are, thanks to restrictive zoning laws, completely devoid of dispensaries or any reminder that San Francisco is the birthplace of America’s medical marijuana movement.

Yet 26 is still too many for city planning leaders and some law-abiding citizens of our fair burg,who complain of “saturation” and “proliferation” in certain areas — primarily in SOMA and the Mission. Planners have asked the Board of Supervisors to revamp the city’s medical marijuana laws, which to date make San Francisco the only major California city without a city-imposed gross-receipts tax on dispensaries, and without a cap on the amount of dispensaries allowed within city limits.

If 26 is too many for citizens and planning leaders, it could be too many for some dispensary operators as well.

San Francisco is an island connected to the mainland by two bridges (three, if you count the Peninsula), meaning that every time a new pot club opens, the city’s medical marijuana dispensaries compete for a slimmer slice of the same pie, says Catherine Smith, who has run HopeNet on Ninth Street for the last decade.

“If you oversaturate, we’re all going to go out of business — and what good is that?” she says to SF Weekly. “It’s just going to drive the smallest, most compassionate places out of business, and only the superstores — the ones with millionaires behind them — are going to keep going.”

So the question is has San Francisco hit critical mass for its pot clubs?

It would behoove both land-use wonks and medical cannabis advocates to remember that the city’s Green Zone, the areas where zoning restrictions allow dispensaries to open, renders 90 to 95 percent of the city off-limits. (See a map of the locations where you can open a dispensary here [pdf].) Do dispensaries “proliferate” in the remaining sliver of allowed areas? Well, duh — where else are they going to be?

And if anything is wrong with the city planning process, it’s where the money flows. These days anyone who gets a dispensary through the permitting process needs to pay their landlord rent while their file sits on a planner’s desk for months — and through any appeals. That means a dispensary owner needs at least $250,000-$300,000 “to even think about starting the process,” a lawyer told us.

That money flows to private pockets, not city coffers. Dispensaries pay an annual $8,500 dispensary fee; monthly commercial rent, especially for a business that must get significant upgrades to pass inspection, is equal that or in some cases in excess of $10,000. Perhaps something could be done where it’s the city, not landlords, who cash in whenever a pot club opens up.

Yet none of the above has stopped an unprecedented “surge” of new dispensaries from seeking to open. Surge, if you want to call it that — in the Bush years, dispensaries were closing, not opening; The Apothecarium will be the fourth, with Mission Street’s SPARC, Mission District’s Shambhala Healing Center, and downtown’s Igzactly 420, to open in the past year or so. Is four an avalanche? Probably not, but it’s certainly a new trend.

Not every dispensary owner shares Smith’s vision, either. “The fact is, patients benefit in a market where competition is fierce; prices remain stable or fall, quality is increased, and patient services are plentiful,” says Kevin Reed, CEO of the delivery service The Green Cross, which is trying to open a dispensary in the Excelsior. “But caps kill competition. That may be good for the [dispensaries], but will be bad for patients.

“I realize the city has a history of capping everything, from box stores to bars, but until federal law changes, I think the goal of the city should be to foster an environment that enhances benefits for patients, not the [dispensaries],” Reed added.

For now, no supervisors are touching the issue, at least not when contacted by SF Weekly. An aide for Supervisor Carmen Chu — who out of all her colleagues, has had the most experience with blocking dispensaries — said Chu would have no comment until after budget season wraps up in about a month.

Calls to Supervisor Ross Mirkarimi, the man who wrote the 2005 Medical Cannabis Act, went unanswered, as did texts and emails seeking comment. It’s likely that the recent turn-to-cop for Mirkarimi, the presumptive favorite to succeed Sheriff Michael Hennessey,explains his reluctance to touch the issue.  Likewise, Supervisor David Campos, Mirkarimi’s competitor for pot-friendliest pol and the sponsor of legislation that created the city’s Medical Cannabis Task Force, would say only that “the issue [of saturation] needs to be addressed.”

“I do think it should be the kind of thing where we have a uniform approach citywide … but at the same time, one size doesn’t necessarily fit all,” Campos says. “Some communities will be okay with it and others won’t.”

Speaking of the Task Force, the city’s medical marijuana advisory body is scheduled to deliver to the Board of Supervisors later this summer its annual report, its list of recommended legislative fixes. Not included, according to a few members familiar with a draft, is the issue of saturation and proliferation.

What does gall the Task Force is the “uneven and unfair” citywide distribution. Patients at Ocean Beach are an hour away by Muni to the nearest dispensary. If you live in Bayview, you need to cross McLaren Park to get to Ocean Avenue or take the T-Third to SOMA.

“Patients need to have safe access in their community,” said Stephanie Tucker, a consultant with Haight Street dispensary Vapor Room and a spokeswoman for the Task Force. “We won’t have a clustering problem if people are allowed to open in North Beach, in the Sunset, in Bayview, in the Marina.”