The court ruled in favor of ‘Marijuana Marches’ as an expression of free speech, overturning several state bans. A wide array of free-speech activists joined one such march this weekend.

We have the numbers. Power to the people.- UA 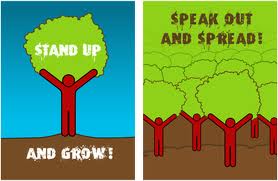 Calls to change the strategy of the so-called “war on drugs,” coined by former US President Richard Nixon 40 years ago, have been growing across the globe. The Global Commission on Drug Policy just released a new report calling for alternative strategies, like legalizing marijuana.

But here in Brazil, it was unclear whether those who agree with the commission’s recommendations would have the chance to voice their agreement with legalization – even as their well-regarded former president Fernando Henrique Cardoso chaired the commission.

Several anti-prohibition marches have been banned by state governments since 2008, based on an interpretation an article of the Brazilian penal code, which gives fines and up to six months in jail for those involved with “apologies for crime or criminals.” São Paulo police had broken up one such demonstrationthree weeks ago with tear gas.  Power to the people.- UA

But in 2009, the vice attorney general, Deborah Duprat, solicited Brazil’s Supreme Federal Court to address the issue. She noted that former President Cardoso often promotes legalization of marijuana in interviews with the press.

The country’s highest court ruled last Wednesday that the “March of Marijuana” could be held, saying that the march is promoting legalization of marijuana while not authorizing the use of the substance during the event.

“This so-called March of Maconha [Marijuana], at times when it was banned, they started to do the March of ‘Pamonha’ and everyone knew what was being talked about. Because freedom is much more creative than any prohibition,” said Justice Cármen Lúcia after ruling in favor of holding the marches.

The “Marijuana Marches” were just about marijuana at the outset, but have grown into a medley of causes after the court ruled in favor of the protesters’ right to free speech.

“Defend the legalization of marijuana, and of abortion!” read one banner on Rio de Janeiro’s Saturday march, one of about 40 organized across the country. “Feminists against neoliberal terrorism!” “The new Forest Code is a shame,” referring to the proposed code that will amnesty farmers who illegally deforested land.

With the ban lifted, the colorful and noisy demonstration on the Copacabana beach renamed itself the “March of Freedom.”

Jandira Queiroz, a lesbian activist, came to fight “for the freedom to love,” she says. She said she was participating in the international “Slut Walk” movement that protests the statements made by a Toronto police officer who told university students they could avoid sexual assault by not dressing provocatively. “It’s a movement to not blame women for being raped,” Ms. Quieroz says, adding that she is concerned that “Brazil is living a very strange time” with regards to freedom of expression.

Renato Athayde Silva, one of the organizers of the Rio march, says that most of the demonstrations around the country had occurred calmly although there were reports of an altercation between security forces and marchers in Belo Horizonte. Organizers and police put the number of marchers in Rio between several hundred to as high as over a thousand, he says. “It grew a lot during the walk,” Mr. Silva adds.

“We all have the right to express what is inside of us,” says Nanda Shakti, an elegant visual artist painted in colorful makeup, as she picked up her bronze cymbals to join a discordant band of trombones, drums, and tambourines. “My specific cause is this: The freedom of expression, be it for whatever reason.”