Romney: ‘I am not in favor of medical marijuana’

Either you support us, or you do not. It is simple. Releaf is committed to report relevant information on upcoming candidates.  -UA 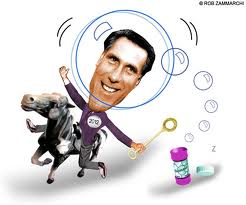 Republican presidential candidate Mitt Romney told a man with a chronic disease that he opposes his right to use medical marijuana to help with his condition.

In a video posted on YouTube, a patient with Muscular Dystrophy asks Romney if he would “arrest me and my doctors” if his physicians prescribed medical marijuana. Clayton Holton is the young man who tells Romney he weighs 80 pounds and that traditional prescription medication doesn’t work. Romney asks him if synthetic marijuana works; Holton tells him that it makes him vomit.

Once Romney announces that he opposes medical marijuana and quickly moves on to others in the crowd, leaving Holton trying to ask further questions.

Holton’s question is of particular interest as the Obama administration has claimed it would not enforce federal marijuana laws against people who are growing and using medical marijuana as they are allowed to under state laws. However, the feds have been involved in several cases in which they have raided growing operations, and recently asked a federal judge to issue an order to the Michigan Department of Community Health to release the names and files of persons who are patients or caregivers under Michigan law. The judge recently issued that order