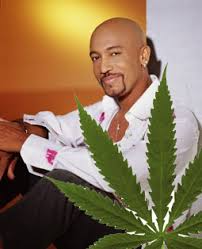 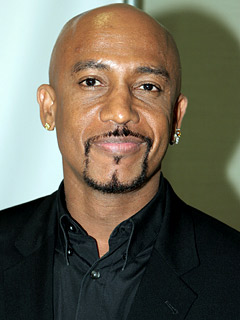 Montel Williams has been the face of many things – host of a nationally syndicated television talk show and pitchman for prescription drug assistance products and a fruit-and-vegetable emulsifier.

On Monday, Williams appeared in Sacramento to announce a partnership with a new enterprise, a medical marijuana dispensary.

In a news conference at the newly renovated offices of the former Capital Wellness Center, Williams spoke about his own battle with multiple sclerosis and why he turned to marijuana to alleviate near-constant neurological pain.

“Prescription drugs nearly shut down my kidneys. Then a doctor suggested I try medical marijuana,” said Williams, who credits pot for improving his health and well-being.

Williams – a recent guest host of “Good Day Sacramento” on Channel 31 (KMAX) – led a tour of the new Albatin Wellness Cooperative at 29th and U streets in the Newton Booth neighborhood of midtown. He was accompanied by a Harvard-trained physician, Dr. Alan Shackelford, who specializes in medical marijuana.

“We’ve been caught up in culture surrounding medical marijuana that’s 20 years old,” Williams said. “While adhering to every single state law, we want to provide safe access for patients and really medicalize this. Patients should be put first.”

He decided to partner with the marijuana cooperative’s director, Aundre Speciale, a friend he met two years ago and with whom he shares a philosophy of making medical marijuana available along with patient counseling and a standardized product.

The host of “The Montel Williams Show,” which aired from 1991 to 2008, said he would be “involved at every level of the cooperative, from the philosophical direction down to the blueprints.”

His influence certainly shines through in the décor and appearance of the dispensary, which is a far cry from at least some other facilities that advertise their product in windows and display it openly in glass cases. The building is as nondescript as its dull-blue hue, at least on the outside.

Once visitors walk through the door, they are in a mosaic-tile lobby with flat-panel televisions playing various slides concerning the history of medicinal marijuana in addition to testimonials from Williams and others in the field.

After having their permits and paperwork vetted by a receptionist, the patients are buzzed in to a larger room to meet with a “counselor.” This happens every time they come in to discuss their medical needs, before any of what the center calls medicine is distributed.

It feels almost like going to the bank, except instead of money the tellers dole out a different kind of green. Dozens of cameras and at least four security guards monitor every movement.

Unlike most dispensaries, no marijuana is displayed in the facility, anywhere. Patients don’t see the actual product, which is available in edible and smokable form, until the very end, and can’t use it on the property.

“I want this to be someplace your mother and father could see themselves walk into,” Williams said. He is using his celebrity status to try to do just that – he brought his parents along for the tour.

But Williams’ high-profile appearance also brought with it some controversy for Albatin even before the system debuted Monday.

A group of five vendors came to the dispensary to inquire about what they claim is thousands of dollars owed for marijuana provided to Speciale’s Capital Wellness Cooperative in recent months.

Gary Hiller, the legal adviser for Capital Wellness Cooperative Inc., said any claims of money owed would be fully investigated.

“If a patient-cultivator brings in excess medicine, he or she will be reimbursed the cost of cultivating that medicine in accordance with state law.”

That seemed to put the issue to bed for the most part, as minutiae and legal wrangling appeared to be at the root of the confusion, leaving Williams to focus on his goal of medical marijuana patient advocacy.

Williams said he wants to change the stigma surrounding doctor-prescribed pot use.

“It’s absurd. I can go get morphine pumped into my system and nobody’s got a problem,” he said. “But all of a sudden they’re really worried if I smoked a joint.”