This is a BIG NON-MEDICAL bust…..why did STEPHANIE RICE feel the need to tie the medical marijuana community into this? This type of reporting is slanted and shouldn’t be tolerated. -UA 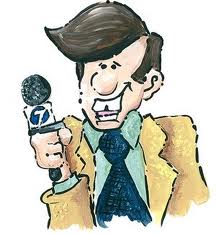 Vancouver retirees Luis and Joanita Munoz recently returned home after spending five months in a warmer climate, and family members who’d been staying at their house, as well as neighbors, wasted no time reporting the growing suspicions about the house at the end of the street.

The window drapes that were never open.

The vans that were always in the garage, never in the driveway.

The mold on the siding, streaking down from under the eaves.

The Munozes, who live in the Northcrest Neighborhood in McLoughlin Heights, have been volunteering with the Vancouver Police Department’s Neighbors on Watch (NOW) program for three years.

“The neighbors bring their concerns to us,” said Joanita Munoz, who started writing down the license plate numbers of the vehicles that came and went from the home.

Munoz, in turn, called police Cpl. Duane Boynton on Friday morning with the concerns. He agreed to stop by and take a look.

By Friday afternoon, a search warrant had been signed by Clark County District Court Judge Darvin Zimmerman, two suspects had been detained for questioning, and members of the Clark-Skamania Drug Task Force had descended on the home, where they found approximately 1,600 marijuana plants.

As of Friday evening, the names of the two men detained had not been released.

The home, 6124 Broadview Lane, which had been turned over approximately six months ago to renters under a lease-to-own deal, had a 2010 property value of $434,219, according to Clark County property records.

The owners live in Sumner, east of Tacoma.

Task Force Commander Mike Cooke walked into the garage, pointing to the mold on the ceiling. The mold alone will likely render the home a total loss, Cooke said.

Inside, a network of ducts and ballasts lined the hallway walls, while jugs of fertilizer lined the floor. The temperature was 85 degrees; the air was humid and smelled of pot and mold.

The power cords inside the grow rooms were labeled to match the corresponding light hoods, which were hung over tables holding rows and rows of plants.

The walls in the grow rooms were lined with mylar paper. All the heat was vented to the attic; Cooke pointed to one spot on the ceiling that was bulging from the mold.

With the exception of a small living room off the front entry, which was set up as a break room with an old couch and table, and stocked with bottled water and cans of Coors Light and Pabst Blue Ribbon, the house had been transformed into a greenhouse.

In the garage, employees from Clark Public Utilities zoned in on a box set up to divert power before it reached the meter.

In all, it’s what police call a “sophisticated grow.”

“I couldn’t do it,” Cooke said, pointing to the diverter box.

Cooke said the task force estimates the value of the plants by figuring a plant when fully grown has a street value of $1,500.

By that measure, the value of the grow operation was $2.4 million.

This was the type of house Cooke had in mind when he spoke to Clark County commissioners during a June 1 work session with the county’s Substance Abuse Advisory Commission.

Cooke was encouraging commissioners to be proactive about passing a zoning ordinance restricting where medical marijuana dispensaries can be located. He mentioned the increasing number of “whole house” grow operations the task force was discovering.

Counties and cities may regulate dispensaries by zoning but can’t ban them outright.

“The reality is, medicinal marijuana is a cover for unlawful sales,” Cooke said. “All of these grows are designed to feed into dispensaries (and other distributors). The West Coast has turned into a manufacturing center.”

Cooke said Friday he’d like to see dispensaries in industrial areas, away from schools and shopping centers.

Cleve Thompson, the county’s drug and alcohol program manager, said Friday that the advisory committee will review the new state legislation regarding medical marijuana before making a recommendation to commissioners.

“It’s new information, and we haven’t reviewed all of the information. I think Mike (Cooke) and many other people in the community are farther along in understanding what this is all about,” Thompson said. “The dispensaries have popped up like wildflowers in Spokane, and the people running the dispensaries are misusing the law.”

While voters in Washington have approved medical marijuana and the state and federal laws add up to a tangled web that no one seems eager to sort out, Friday’s bust can teach a very simple lesson about being a good neighbor.

“Be vigilant,” said Joanita Munoz. “And speak up. VPD is very receptive,” she said.

Take notes, give them the circumstances, “and then let them make the call,” she said.