A doctor that gets it.-UA 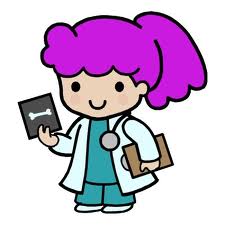 Confusion over the conflicts, both imagined and real, between Arizona’s voter-approved medical-marijuana law and federal law has been running rampant in recent weeks.

On one hand, the federal government has warned growers and sellers of the potential for prosecution while stating a hands-off policy toward those who have been certified for use.

On the other hand, Arizona Gov. Jan Brewer and Attorney General Tom Horne have replied to U.S. Attorney for Arizona Dennis Burke’s warnings with yet another lawsuit, incurring more needless legal fees for Arizona taxpayers and seriously delaying full implementation of the new law.

Patients who can benefit from the medication are caught in the middle.

They are eager for the relief they know they can get from medical marijuana but do not understand how all the political maneuvering is in their best interest.

Fortunately for patients, the medical-marijuana community has been operating without dispensaries since April and can continue to do so even though the state’s lawsuit has put a hold on any dispensaries opening in the foreseeable future.

Doctors have been guiding patients through the certification process, and the state is still accepting applications for certification and issuing cards.

Voters must place pressure for legalization where it belongs on Washington, D.C.

Federal law classifies marijuana as a Schedule I drug and prohibits its cultivation, sale or use.

Schedule I drugs are considered to be substances with no accepted medical use and a high potential for abuse.

But marijuana’s medical uses are extensive and include efficacy for such debilitating conditions as glaucoma, cancer, AIDS and chronic pain.

The two largest physician groups in the country – the American Medical Association and the American College of Physicians – have called on the federal government to review marijuana’s Schedule I classification.

It is time for marijuana to be reclassified.

The real problem is at the federal level, where marijuana has been misclassified as a Schedule I drug.

Those who support medical marijuana must make their voices heard in Washington.

They need to ask that marijuana be removed from a classification that includes drugs such as heroin, cocaine and methamphetamine – drugs that are not only highly addictive but that also have no medical use.

As long as marijuana is classified as a Schedule I drug, the medical-marijuana community will continue to have problems.

People must make themselves heard.

Individuals can begin by educating themselves via Americans for Safe Access (www.AmericansForSafeAccess .org), a national organization spearheading a call to action on the issue of reclassifying marijuana.

But most importantly, voters should contact their congressional representatives to make their position known and bring pressure to reclassify marijuana.

Dr. Elaine M. Burns is an Arizona-licensed and board-certified naturopathic medical doctor. She is medical director at the Southwest Medical Marijuana Evaluation Center and a founding member and president of the Arizona Medical Marijuana Physicians Association.